Showing posts from February, 2008
Show All 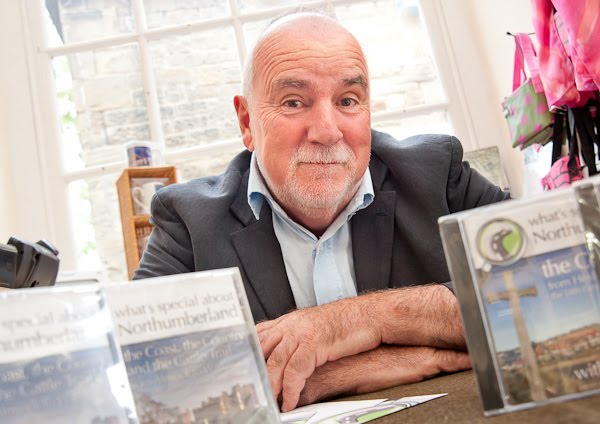 I recently had a great morning photographing John Grundy – the local historian, and TV presenter. John had produced some more of his audio CD’s detailing local walks through the lovely Northumberland countryside. the launch, and signing of the CD’s was at the Chantry in Morpeth on a rainy saturday morning. After a nice cup of tea, I set up a little tunnel of CD’s as a makeshift frame for John, and did some shots at different angles for the local press. John must have been photographed a million times, so he had some really good poses and expressions for the camera.  Some pals from the BBC turned up, and there were a steady stream of people chatting to him, getting their copy of the CD signed, and browsing the stuff in the Chantry shop. I did some shots outside of John, his PR agent, and the manager at the Chantry, and then went back inside when the heavens opened. John started his little speech at this point, and the people inside formed a group to listen. Halfway through his speech,
Post a comment
Read more