April 02, 2017
I love doing what I do – I must, as I don’t earn anything remotely near the commensurate effort that I put into every single job – see my main website for many examples of beautiful work. There are the odd times however that I just want to turn around and walk away from a job. This was probably the most depressing job I’ve done in the last few years – shooting an abandoned, derelict country house hotel in County Durham. 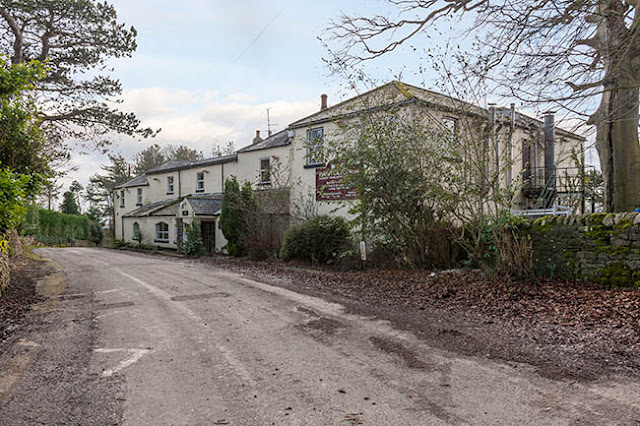 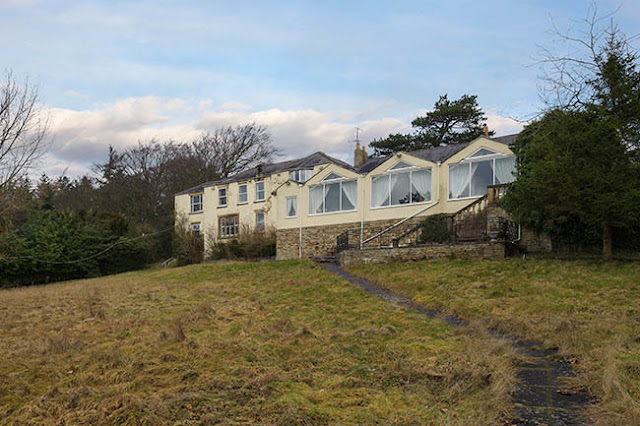 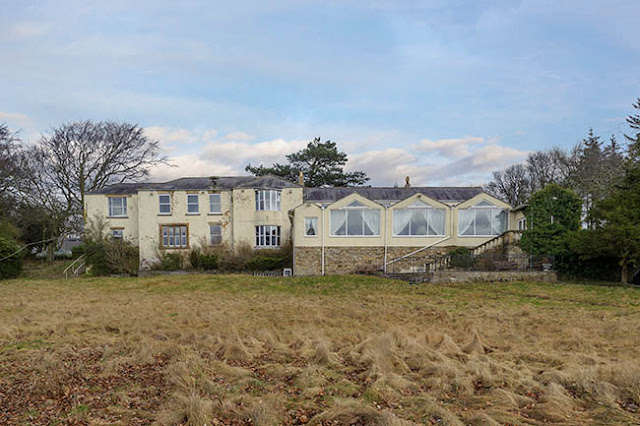 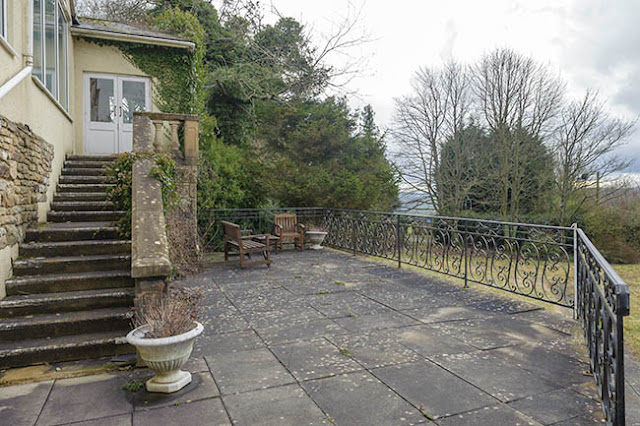 Those of you with knowledge of the area will recognise it as The Helme Park Hotel near Bishop Auckland. It was apparent during my visit that it was being used as a squat by an individual who was occupying a small bedroom – and treating it like a total hovel – full of beer cans, drug paraphernalia, cigarette butts, take-away cartons, empty cans, Pot Noodles, as well as filthy clothes & towels. The place had no electricity or running water, so you can imagine the state of the bathroom. 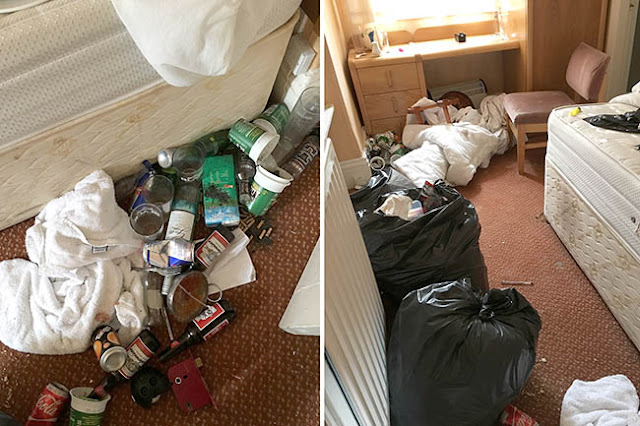 I got there a little early, and got on with shooting the exterior from all angles. This coaching inn – with an original construction year of 1643 had once been a place of repute, and boasted some nice outdoor space. The original part of the building had obviously been extended extensively, and had function rooms, a commercial kitchen, and twelve ensuite bedrooms. A builder eventually turned up, opened the place, and promptly went for a piss in one of the fireplaces. A great start to a great day. Once he realised that I was going to take ages, he decided to leave me to it – muttering something about being an idea to set it alight, and instructing me on closing up – a technical challenge consisting of screwing two long screws into the door frame at an angle. All getting better. 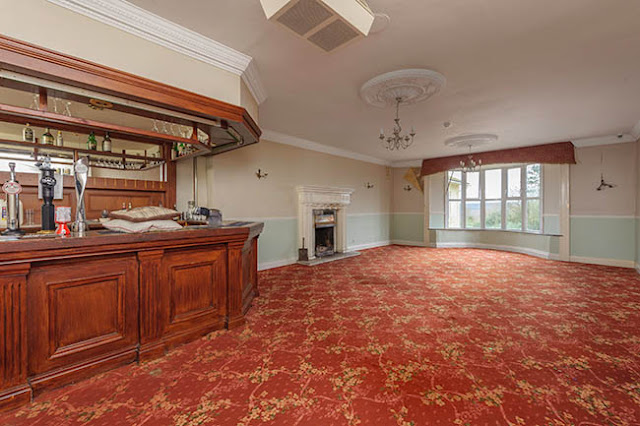 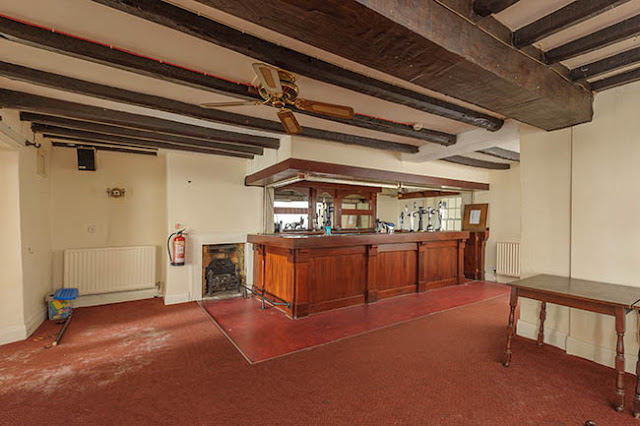 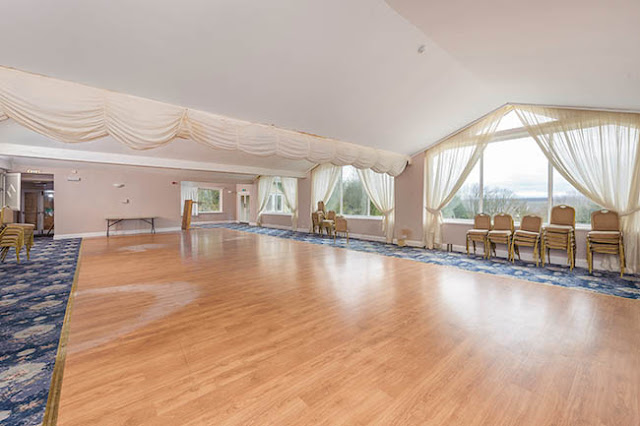 As there were no lights working anywhere, and some of the rooms were huge with complete darkness at one end, I had to get my big-boy lights out of the car. These are 500w/s Bowens flashes powered by portable Travelpak battery units which give me about 10 times the output of my Nikon Speedlight units. It was a simple case of bouncing the light off a rear wall to balance the interior light level with the ambient illumination coming in from the window. A small flash was used to get some light into the bar area – which still had bottles of spirits standing half-used under the counter. A sensible squatter this guy obviously. 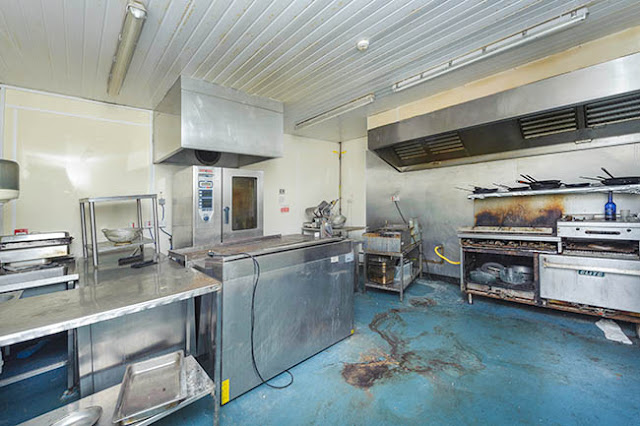 The kitchen had absolutely no natural light. It was a cave essentially, and the doors slammed shut behind me – leaving me stood in the pitch black in complete silence. It spooked me completely, so I fumbled for my iPhone and turned on the torch feature. There were store rooms leading off the main kitchens which were also in complete darkness. I couldn’t focus, or frame anything in the camera viewfinder, so hand-held the camera as level as I could, pointed the flash at a 45 degree angle behind me, and set the lens to f11. Got it nailed on the first attempt! I was out of there in an instant with a shudder, and a chilling thought that maybe a demonic face would appear out of the darkness of the store rooms in the developed image just like in those Korean horror movies I insist on watching like an idiot. No such luck though. 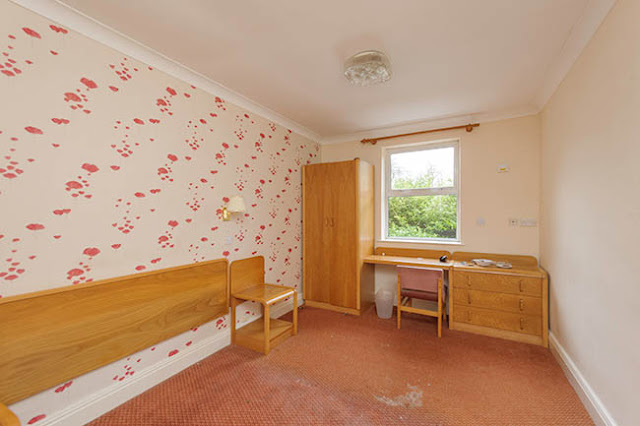 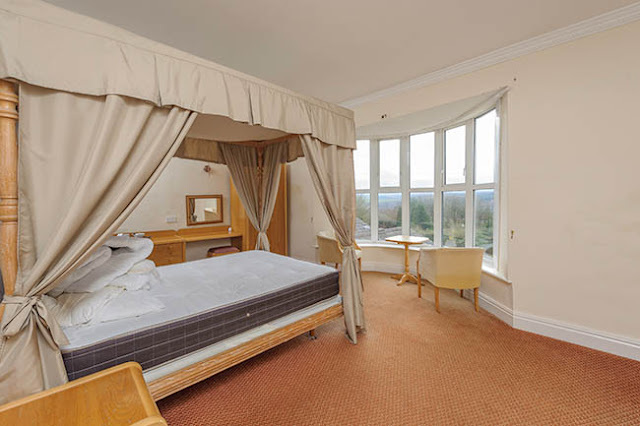 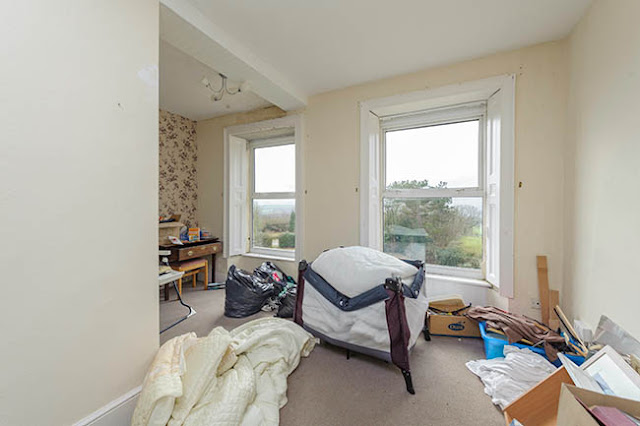 The rest of the building was just depressing, being a mix of rooms covered in mould, peeling wallpaper, strewn duvets and pillows, typical Travelodge type furniture, and ancient teabags and biscuits from the once-thriving tea-making facilities. There was even a couple of four-poster beds in the bigger rooms, and some of the ensuite bathrooms were brand new. I couldn’t stop thinking about the hundreds of thousands of late afternoon ejaculations, and Saturday night/Sunday morning vomiting that these rooms must have witnessed in their lifetime. I was also aware of the many creaks and noises as I walked through the unlit building, reminding myself that some squatter could feasibly return at any point. A most depressing couple of hours. 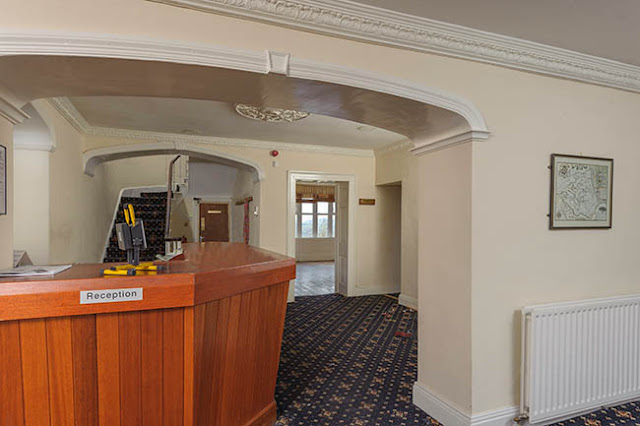 The reception was almost in darkness, and I didn’t notice a huge flask on the counter. I lit this with 3 lights and some flash pops, then had to remove the flask in post-prod.

The side of the building was basically a dumping ground for thousands of pounds worth of catering equipment, and this was a crying shame. There was enough stuff to furnish a commercial kitchen, and it was left in a pile to rust and rot.

I eventually finished, packed up, and locked up (using the 2 screws). Boy, was I glad to get out of there. Unbeknown to me, I was due to be sent to a similar property owned by the same bankrupt   a couple of weeks later – a 50 room, derelict care home this time. More of that one in an upcoming post in due course though.