Goodbye to my partying girlfriend with a gangster dad 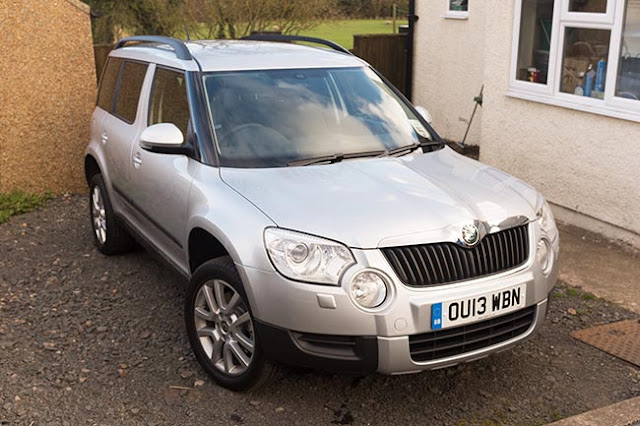 The time has finally come to say goodbye to my old friend Daisy. She was taken away today by some Pikey Geezer employed to hitchhike around the country while pocketing the train fare.

Daisy is a 2013 Skoda Yeti 2.0 DCI 170bhp 4×4. She has full leather interior, an off-road mode, traction control, heated seats, bluetooth, cruise control, full alloys, and does about 50mpg. The engine is the one in the top-end VW Golf, and does 0-60 in about 5 seconds. Not one single mechanical issue in 4 years, and a full service history at the Skoda dealership.

She has served me well over the whole 4 year lease period, but has cost me £16,540 in rental fees and mileage excess/lease company recharges with nothing to show at the end of the term. I leased her because I reckoned she was tax-efficient, and I was in a financial position to easily afford her back in 2013. Shooting clothes in the studio meant that I picked up and dropped off gear regularly for a £20 fee using the car as a van. The rear seats came out altogether, so I could pack loads of gear in there, and the daily pickup charges just about covered the lease payments and servicing costs. We’d just had a really bad winter, and I thought the 4×4 version would be sensible, as I’d been stuck at home, unable to get out of our village in previous years. The clothes work came to a total halt soon after I got the car – leaving me with another 3 years of having to pay for her, and racking up thousands of more miles than I’d originally catered for. She soon became like a party-loving girlfriend with expensive tastes, and a crazy gangster father that you wish you’d never got involved with. To buy her from the lease company at the end of the lease was approaching £12K which is nothing short of mental illness. It never snowed properly either – not once in 4 years – NOT BLOODY ONCE. Buying road-grit in bulk is another story.

I’ll be switching to our old debt-free Nissan X-Trail (Ziggy) for the time being, and it’ll free up hundreds of pounds a month, which gives me real breathing space as a business. I fully expect it to start breaking down almost immediately, but beggars can’t be choosers. A quick refurb at the Nissan Garage to address any immediate issues, installation of a bluetooth digital radio, and a thorough valeting to get rid of any residual dog puke & children whiffs, and I’ll be happy for the next few years. This old girl has been used as a dog-transport car for Tina’s business, and she’s been used in Diff-Lock mode, right out in the wilds to take Cubs up to places like Kidland Forest. A bit like a fat wife that you don’t really fancy, but she does whatever you need her to do. ( Did I really actually write that?). 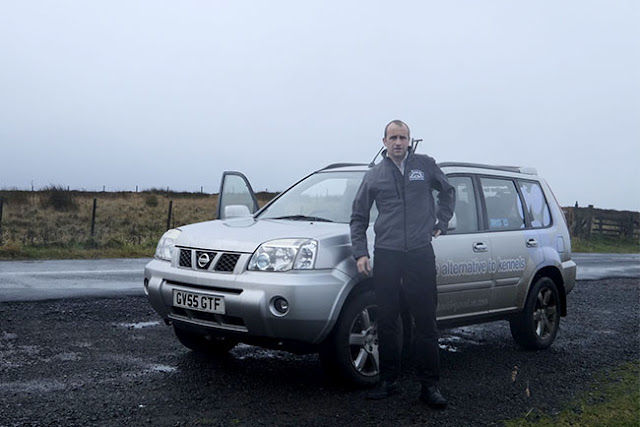 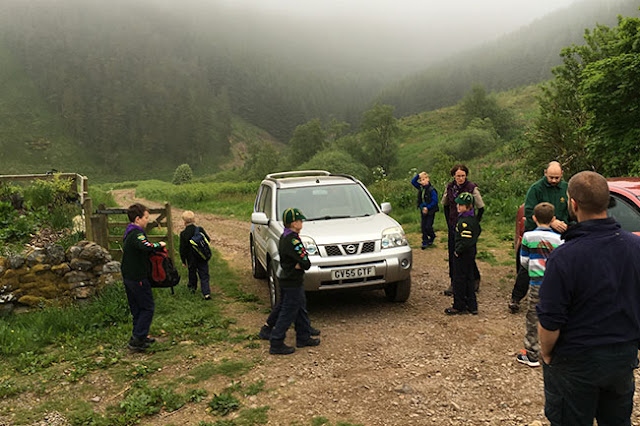 I read an article recently about the huge rise in PCP contracts, which account for over 90 percent of all new cars sold. Judging by the amount of £40K Audi’s and BMW’s on the road, I imagine there’s some very borderline-problem debt levels being wracked up among the aspirational middle classes (you know how much I love them) who can’t admit to themselves, or their neighbours, that they need to control their expenditure. Time will tell, but in the future, if I can’t buy it with cash….I don’t buy it.

Farewell Daisy – the party was nice while it lasted……… tell your gangster dad that he’s a dick.