The big ones start piling in during the late Spring months, and my job becomes way more interesting. I’m often sent to a location with no detailed prior knowledge of what to expect, but with a property called “The Manor House” I guessed it wasn’t going to be your run of the mill 4 bed detached new-build, so I packed a couple of big-gun studio lights was well as my army of trusty Nikon Speedlights. Good job mate. I was meeting the owner at the house, and I got there first on a lovely sunny afternoon in County Durham. I could see storm clouds gathering in the distance, so decided to go ahead and shoot the exterior before they set in. I used my D3 and Fuji X series mirrorless to capture ground level and elevated shots respectively. Looking at them, it’s interesting to see the difference in tones and colours from the two cameras. The Nikon is much warmer, while the Fuji seems to go for crispness and cooler tones. I always shoot RAW files so that I can extract maximum tonality from the files in post-processing, and no matter what I did, I couldn’t get the images to look the same. One of the quirks about digital imaging. It’s like putting 2 TV sets side by side and trying to get the picture to look identical using the on-screen menu. 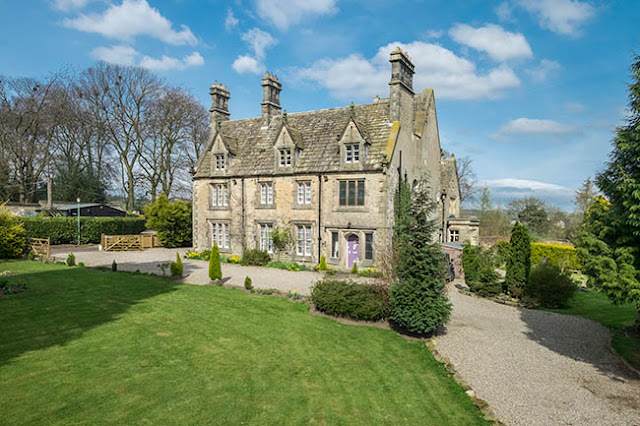 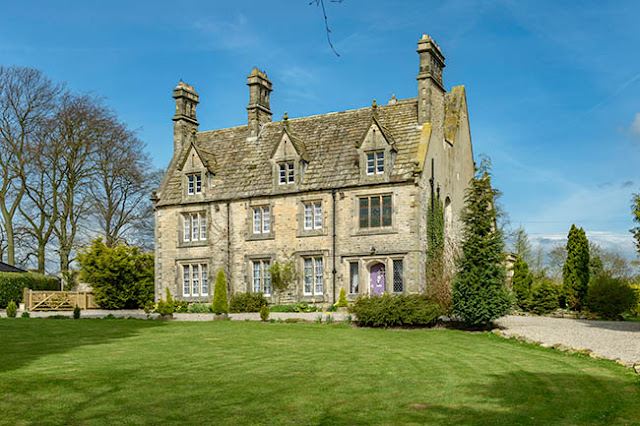 The owner was a busy guy, and just gave me the run of the place while he got back to work. I did a walkthrough of the whole house, and realised that this was a way bigger job than I’d envisioned. Every room was jam-packed with ultra-styled furnishings, reflective wall coverings, and hugely extravagant decor which was going to prove to be an absolute nightmare to light in places. Luckily I’d dedicated the afternoon to this, so didn’t have the pressure of getting to another job. After sitting dumbstruck on the floor for a bit, I got up and decided to crack on with the most difficult areas first to get them out of the way. The hallway awaited. 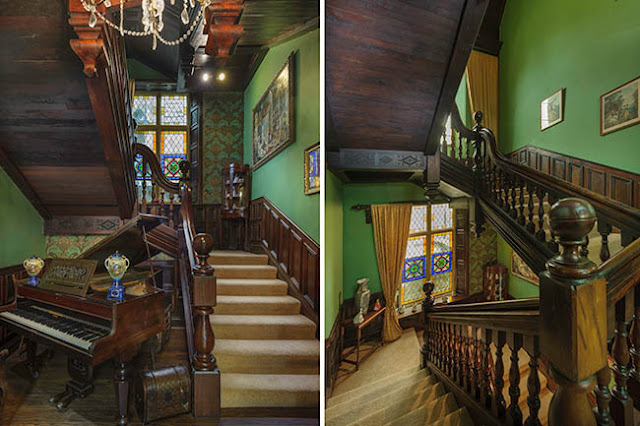 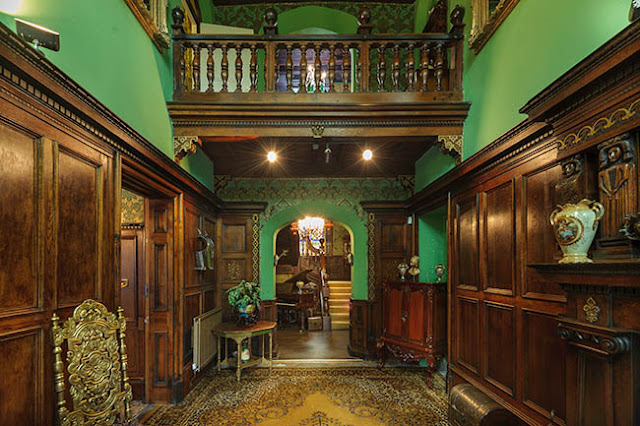 Wood panelling, no natural light, and a huge ceiling height looks great to the naked eye, but a camera sensor sees it as an excuse to ruin your entire day. You can’t bounce light off the ceiling, you can’t put lights anywhere in the frame, and the artificial light is so concentrated, it’s almost useless. I opted for the unusual tactic of using only natural light at different exposures to do the hard work. This allowed me to capture the light-sapping wood panels in the foreground, the dazzling sunshine coming in through the window on the staircase, and the effects of the many spotlights throughout the scene. I held my nerve as I looked at the appalling shots on my iPad screen, trusting in my ability to bring the elements together afterwards. All ok in the end. 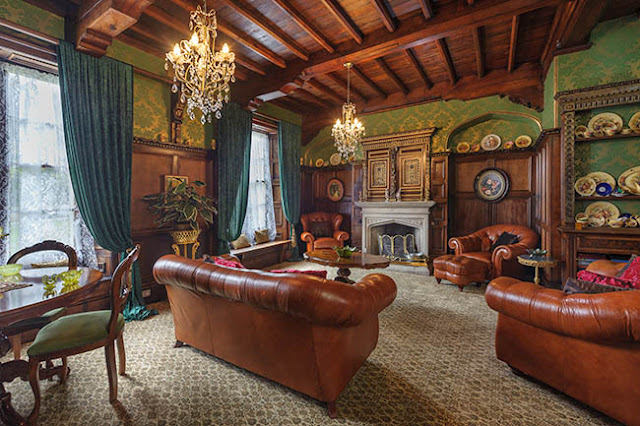 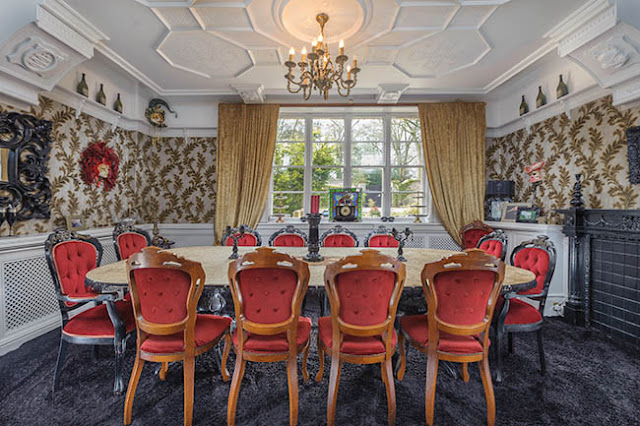 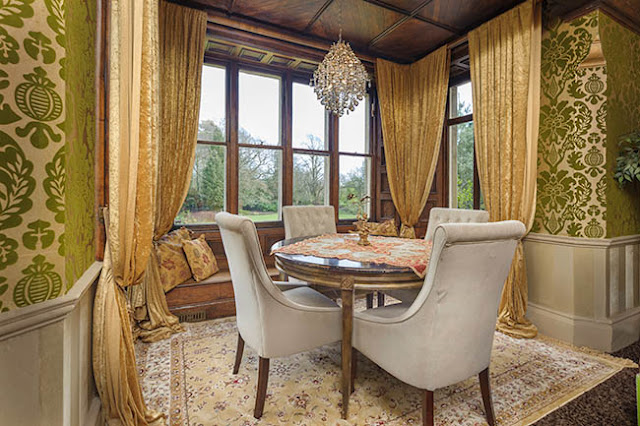 The library/drawing room was a similar prospect. I experimented with my Bowens lights, and even at full power, the light was being absorbed by the wood panels. In the end I used a brolly to direct a bit of light into the back of the room, and exposed for the windows. It felt like natural light was the way to go in this house. 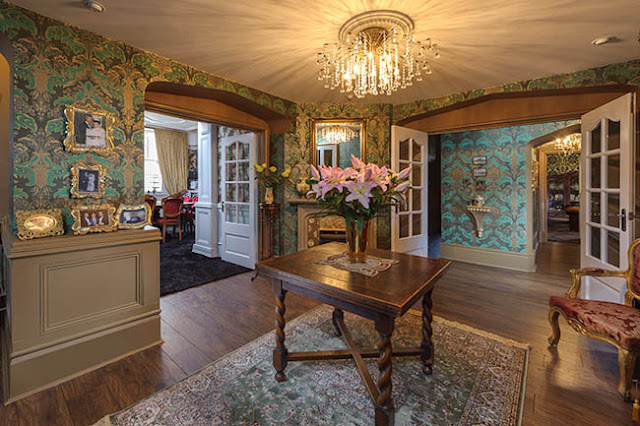 Now here’s a bugger of a space – several rooms to light, corridor areas, bright sunshine from the dining room, and mixed colour light throughout. I kept it low key again, and used several exposures to get everything lit. It took me another couple of hours to shoot the remainder of the huge ground floor, which comprised three reception rooms, kitchen, dining room, hallways, & staircases. 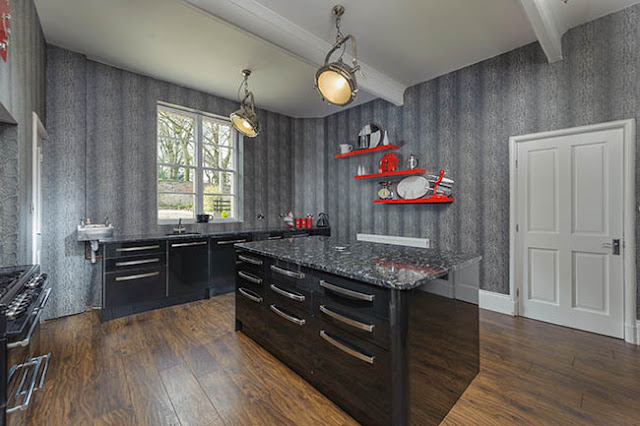 The kitchen gave me a bit of a rest, as it had a white ceiling to bounce light off. I had to be careful with the black reflective surfaces, and had to make a specific exposure for the feature lights above the central island. 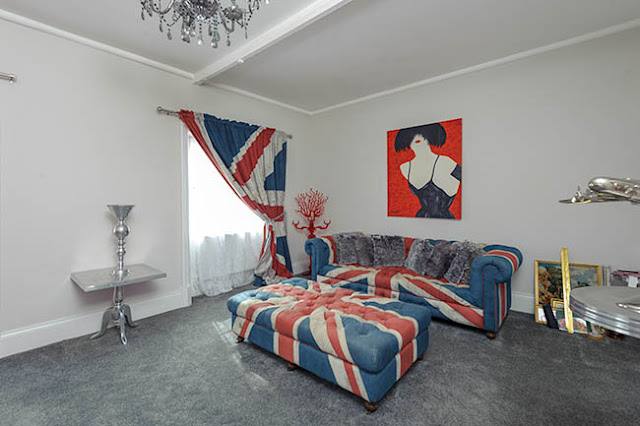 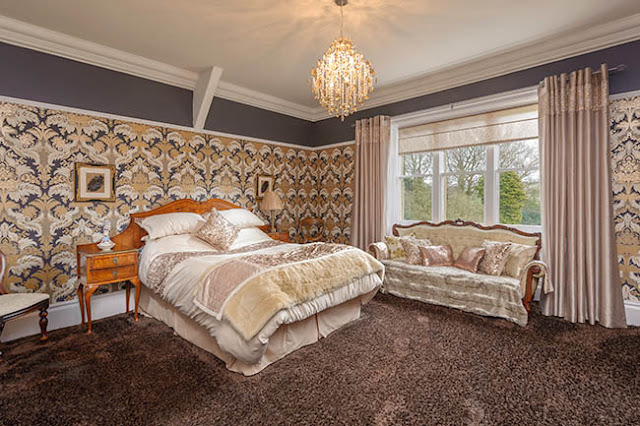 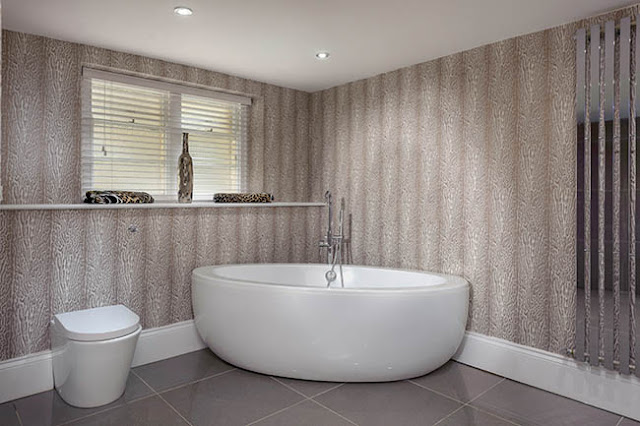 The bedrooms on the first floor were relatively easy to shoot in my usual style – adopting the technique of an initial bounced flash exposure, followed by a few flash pops and a couple of ambient shots to be mixed in later. Mixing flash and ambient shots is being called “flambient” on the various Youtube channels that highlight real estate shooting. I’ll post a tutorial on the technique at a later date so that you can do it yourself and undercut me on price – therefore forcing me to live on the streets. 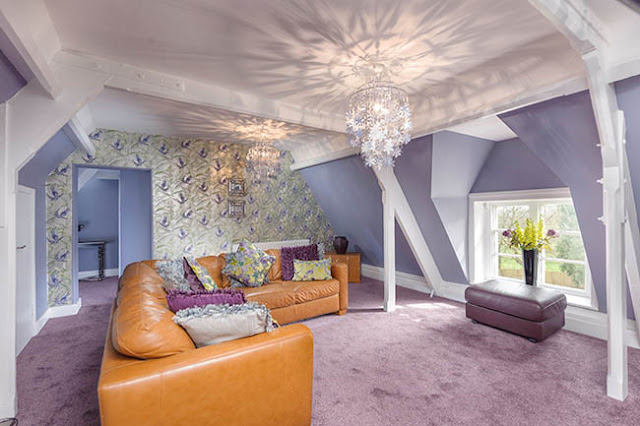 The attic space was a fully contained master suite with living room, bedroom, and open-plan wet room complete with skylights, and a secret passage and staircase down to the other floors. There were also several really annoying parts where the beams came down to head-level. At one point I completely smacked my thinning bonce on a beam, and almost knocked myself out. The bump was like a golf ball, and took a week to dissipate. 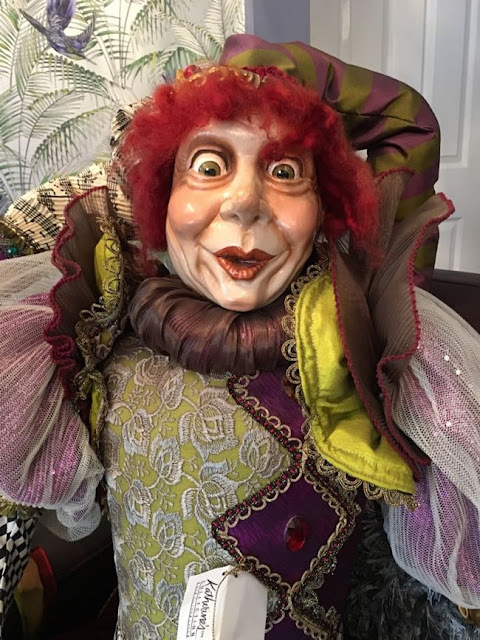 The moment I walked into the attic suite, I was met by the stare of some ridiculous demonic clown figure sitting in a chair facing the door. I nearly pooped my pants. I mean….c’mon.

The gaffe is on sale for just under a cool million quid. The location is stunning, the property is a beautiful example of a 19th century manor house with extensive gardens, ornamental ponds etc, but the decor is just too way-out for my taste – like “Changing Rooms” on steroids. It doesn’t matter if you’re selling a £25K flat in Byker, or a gigantic multi-million quid place in the country, the principle of neutralisation is the same. Sellers have to strip the place of any clutter, any ultra-personal decor, and show the property as a blank-canvas for potential buyers. I’d need to strip all the striped wallpaper and purple, furry carpets before setting foot in the place, and that would cost me tens of thousands of quid. No thanks.