Not every property I visit is a palatial, multi-millionaires pad. I’m working towards only shooting those, but for the time being I spend some of my working week with the stuff that regular people live in. And some very irregular people. A first floor flat on the doorstep of South Tyneside Hospital in South Shields was on my Saturday morning schedule a while ago. I was given a contact name, and time, and I found a place to park on a nearby street which seemed to be scattered with the remnants of car windows. Ahhhh…South Shields. This is an area which serves as the unofficial hospital overflow car park during weekdays. Much of it is resident-only parking, but the side streets quickly become crammed with visitor’s vehicles, and inevitably the local drug addict population help themselves to whatever is on-show to feed their narcotic habit. I digress. 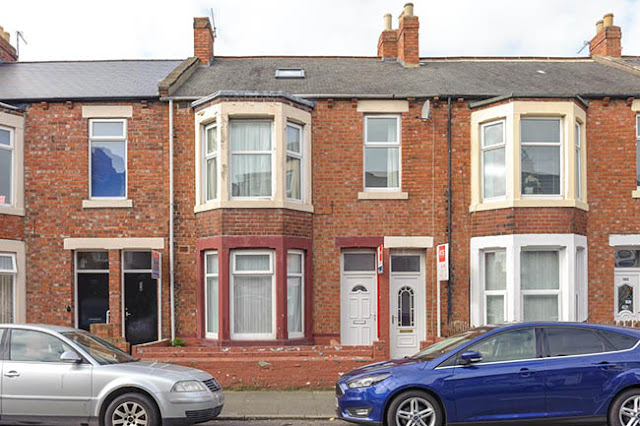 My knock at the door was met with no response, and with only 2 minutes to the official appointment, I feared that this was going to be a waste of time – a common occurrence when dealing with online estate agents. I decide to give it a few minutes, and luckily the owner/ landlord came round the corner – having had similar difficulties parking. We opened up, and the chap ( A Geordie Asian guy) began giving me the lowdown on the tenant. He was apparently a prolific and reputedly significant member of the local BNP & EDL chapter. For the uninformed, the British National Party & English Defence League are organisations which promote the idealogy of a United Kingdom devoid of any religious or racial diversity. The members are generally white, fat odious idiots with awful tattoos who are intent on blaming all current societal problems on Islam, Afro Caribbeans, and anybody else who isn’t them. They have the odd get-together in a city centre near you where they shout loudly, and violently trade insults with the opposing anti-fascist demonstrators – (a motley collection of soft students, social workers, token muslims, speccy pseudo-socialists, and men who claim to be feminist to ensure a shag off their lass) who would frankly get chinned to hell if they weren’t separated by a double line of riot police. 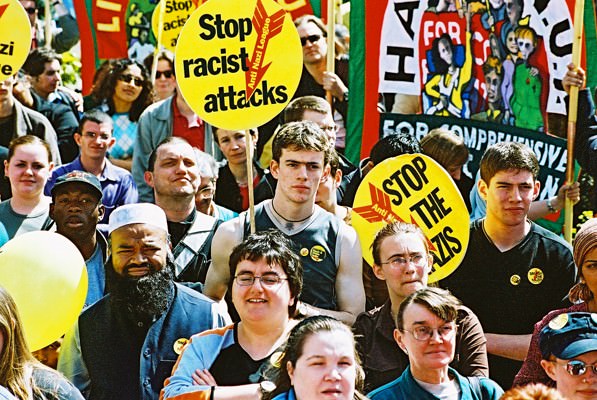 The landlord had been alerted to something amiss when the rent payment didn’t arrive on the due date. The unemployed BNP/EDL hardman had his rent paid by his mother without fail, and upon ringing her, she hadn’t any idea where her son had gone, but suspected that he’d been arrested and imprisoned for some repeated misdemeanours. The walls were dotted with horrible bigoted stickers which acted as a timeline to this miscreant’s weekend habits. The owner decided to go round clearing these so I wouldn’t have to retouch them out later. He seemed cool, and pretty philosophical about the situation considering that he would definitely have been a target of hatred as defined by the twisted views of the former occupant due to his slightly brown skin and slightly posh Geordie accent. 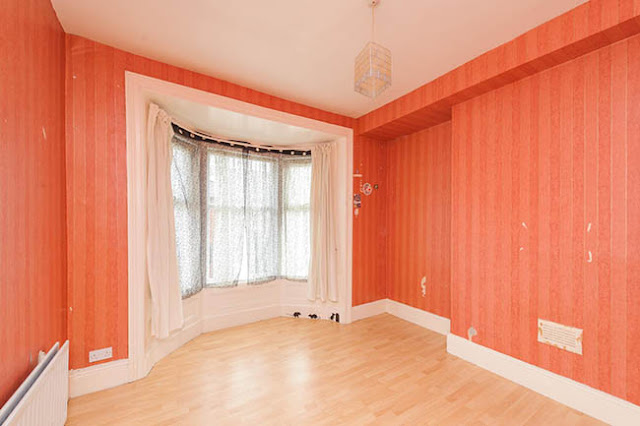 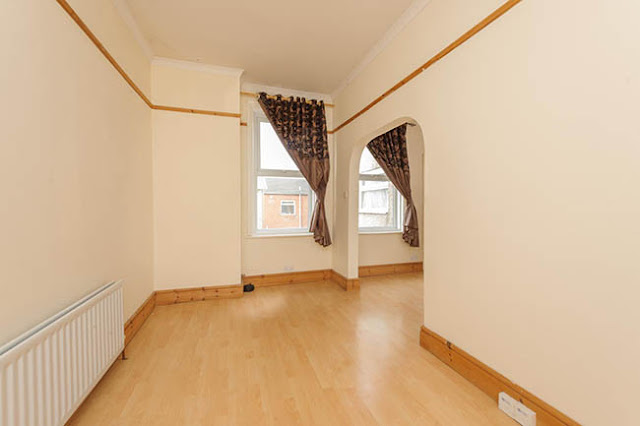 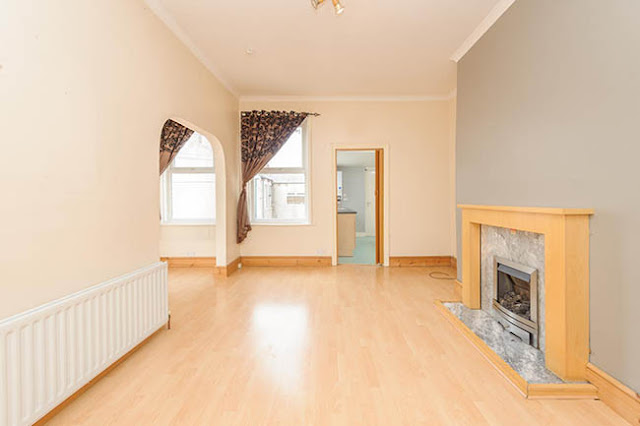 I had to get pretty technical in the flat as far as technique was concerned, as there was no power, and we had no way of tying the curtains back to get some daylight in. There was also a huge broken door in the middle of the kitchen, and no way of removing it. I thought about the curtain issue for a while, then put together a plan. I shot multiple frames – holding back the curtains by hand with my arm and body in opposing directions from frame to frame. This meant I could use the “Elephant in the room” technique described in my previous post – layering the various frames on top of each other, and erasing myself from the various layers to leave a blank canvas showing a curtain pulled back. My hand was easily retouched out. I did this for each window in each shot. The owner was amazed, the estate agent unaware and also wholly unmoved by the effort and ingenuity required to get the job done. 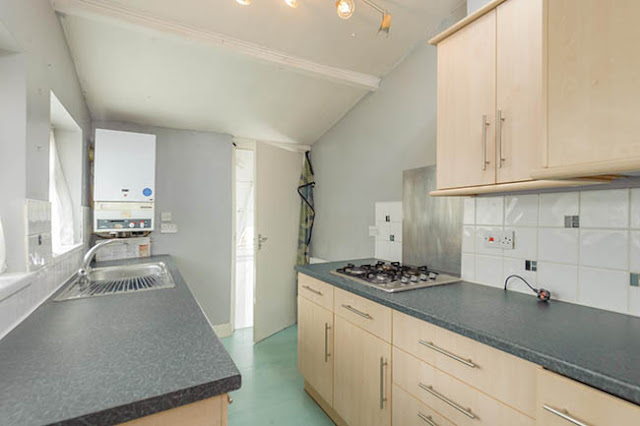 The free-standing broken door in the kitchen was removed using the same technique – shooting a frame with it on the left, then another with it on the right, and then combining the 2 frames so that both left and right look clear. Simple but effective. The landing was adorned with an NUFC flag which suggested that the former occupant had a secret that he probably couldn’t reveal to the jolly fellows at the Sunderland chapter of the EDL. Maybe they would have put all Tyne/Wear bigotry aside and embraced the fact that they had a staunch barcode in their ranks, but I doubt it.

Let’s work to rid ourselves of this ugly blight to our beautiful nation, which isn’t perfect, but stands apart from other countries due to the collective efforts and basic niceness of the vast majority of people within it’s borders.  As The Specials once sang “If you have a racist friend….now is the time for your friendship to end”.