There are parts of the North East that aspirational people aspire to in their droves. None stick out as much as the horrific Newcastle satellite suburb of Darras Hall. Situated on the North West boundary of the city outskirts, it’s basically one long street with gated houses running it’s entire length. Some of them are older, classically styled things housing the successful consultants/captains of industry etc, some are bungalows housing the decrepit and retired successful pensioner consultants/captains of industry and the remainder are gargantuan monstrosities replete with roman pillars, waterfall features, swimming pools, rooms with scalextric sets, and gold taps housing the footballer contingent, e-wankers, and drug dealers who haven’t quite been caught yet. It’s a place that I would never consider calling my home no matter how rich I get. Living behind a wall, sporting electronic gates, and having to get my milk from Waitrose will never appeal – just not that “aspirational” thank you.

So anyway….I had to go and shoot a house in Darras hall. As usual, I had no forewarning about the scale of the place, having done a quick recon job using Google Street View – an undertaking so misleading, it usually results in disaster as I turn up to a mansion thinking I’ve got a 1 bed flat to do. This one didn’t have the kerb appeal of many of the others on the street, but carried a million+ note price tag. Once I got inside, I realised why. I shot all the exteriors first, as I was aware of the clouds piling in to ruin my day once again. 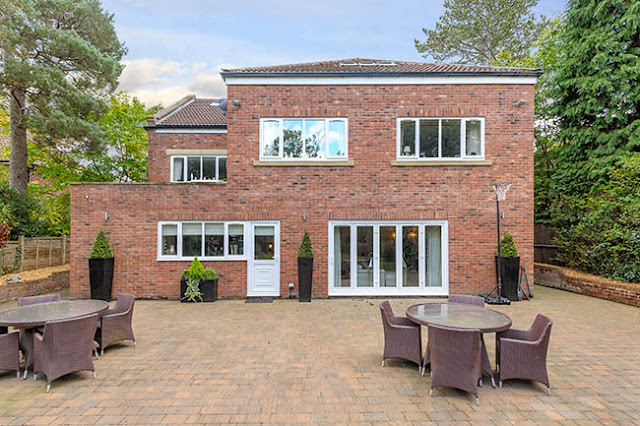 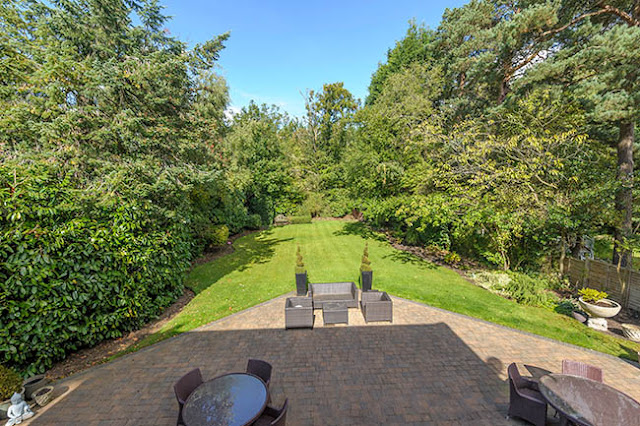 Luckily I had enough gear with me to handle any residential property shoot, so got cracking. The entry hallway was bedecked in marble and gold fixtures and fittings – curtains, thrones, seating and tapestries – all in gold and cream. The owner was lovely to be fair, and I had a cuppa before getting started in earnest. The bright sun blasting through the front windows did most of the heavy lifting  as far as lighting was concerned. Ceilings were low, the space was long, so I decided to stay away from any UFWA views, and stick to details and elements of rooms.


The downstairs reception rooms were a bit of a nightmare to shoot due to the fact that they were cream and gold boxes containing very expensive white, cream, and gold furnishings lit only by table lamps and a window at one end. No portfolio shots there. 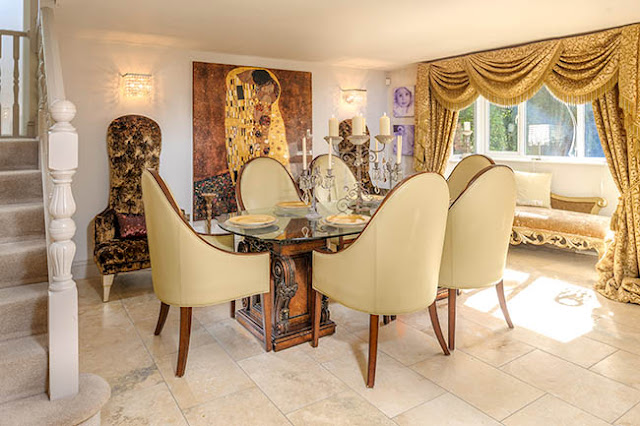 The kitchen and dining room were part of a huge space at the back of the house. There wasn’t much light coming in this side, so I had to use a fair bit of flash to supplement what ambient illumination there was. I took the liberty of adding some directional flash behind the central island to give some separation from the cabinets at the back. The skylight was shot with a different exposure and blended in afterwards. 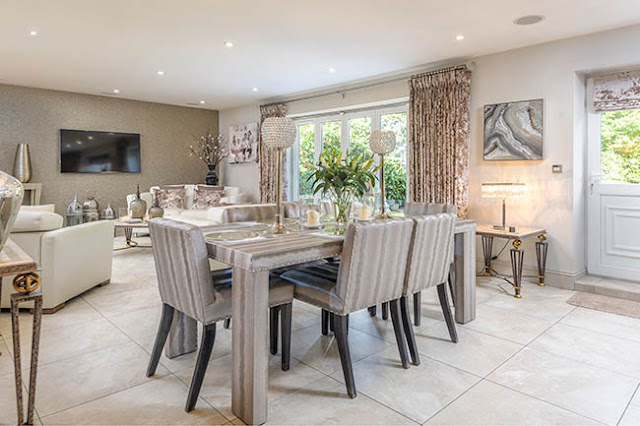 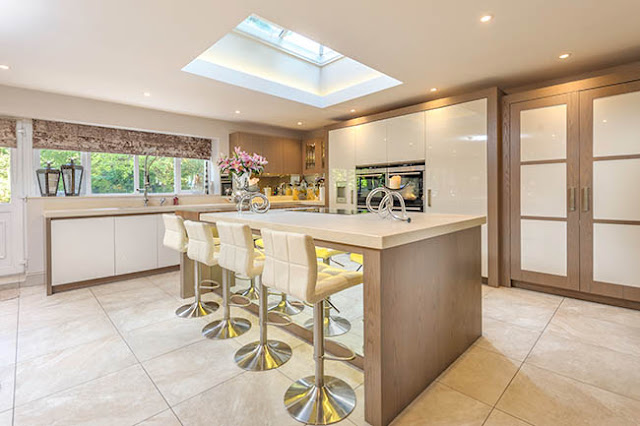 The house had 3 floor, and the bedrooms were all absolutely immaculate. It makes it so much easier to photograph rooms with everything ready to go. They were all on the large size also, so I could position myself in 2 separate parts of the room to get different aspects. My usual workflow is to capture an image showing windows, and another showing the doorway and any ensuite access if applicable 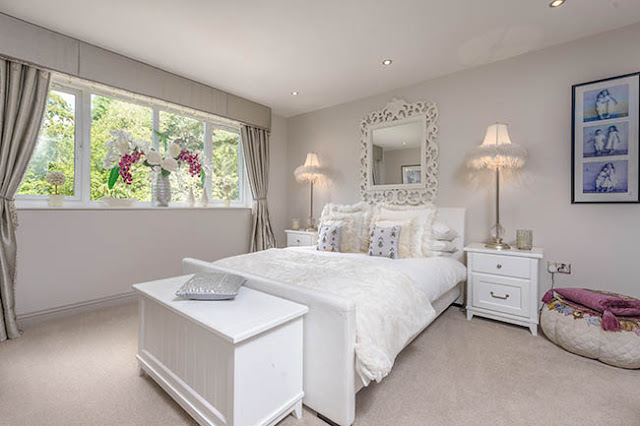 The top floor was where the fun started. It was entirely devoted to a bedroom and bathroom complex built into the roof space. The main bedroom was an L-shape, with a long dressing area dominated by a wall covered in gold, speckled, sand-blast effect wallpaper – much like a fine rendering had been applied all over. It was illuminated by coloured LED spots shining up and down at various points. In short, a lighting nightmare of epic proportions. I used to stand and ponder about what to do about these situations in the past, but now I just shoot now using various ambient/flash exposures, and put something together afterwards in post. Easy-peasy.


The main bedroom section was once again comprised of gold and cream furnishings, with the added challenge of mirrored surfaces here and there. Shooting too wide would destroy the ambience of the space, so I opted for the 24mm tilt-shift lens to get a slightly elevated angle. Using the shift feature of the lens allows you to keep high, but adjust the position of the framing without creating convergent/divergent lines. 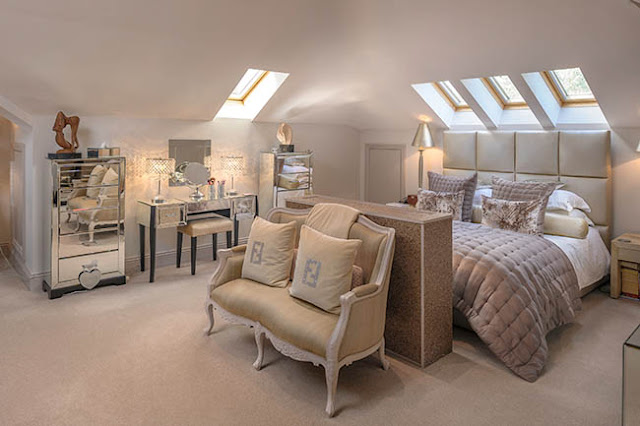 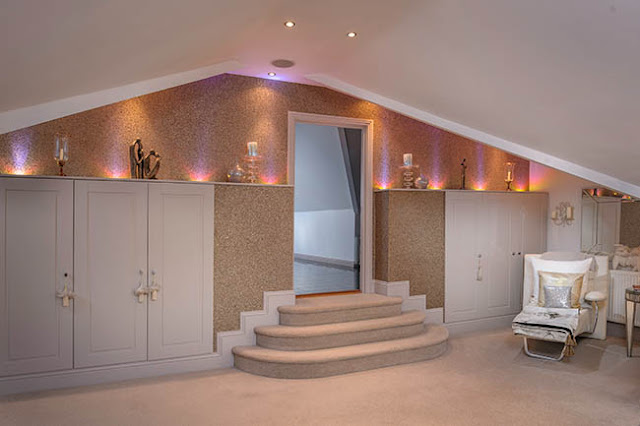 Now for the real challenge. I should have shot this first, as it was without doubt one of the most difficult rooms I’ve ever faced – a long, thin sloped ceiling bathroom in almost complete darkness throughout, with a blazingly bright shower area to the rear, and pure reflective tiled floors. Let’s see the suited geezer from Rook Matthews Sayer get this one in the bag…..beeatch.

Multiple exposures were once again the way forward as there was no possibility of getting this shot in-camera in the time allocated. I had to clear up first – get those white fluffy floor mats & fluffy towels draped over the bath well out of the scene. I shot the back of the space using the natural light from the Velux windows, and used a bit more bounced flash to bring the foreground  up. The blue LED spot lights were blended in afterwards. The reverse angle was in complete darkness – the only light being the mirrors above the his ‘n hers basins. I had to really blast light into the scene as it just sucked up anything chucked at it. 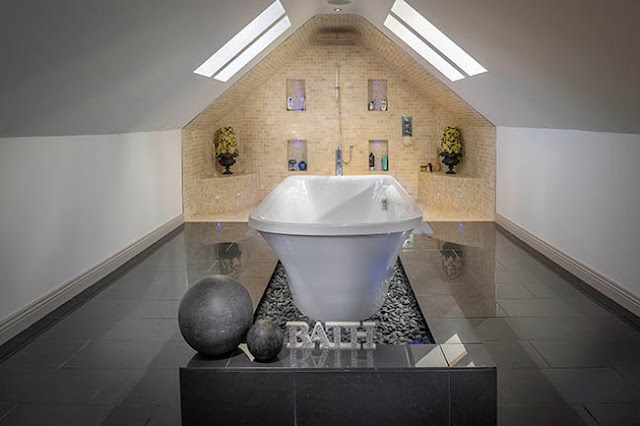 Three hours of shooting, 90 mins travelling time, and 3 hours of post resulted in some lovely images. I might have to make a twilight image of the rear aspect at some point, but we’ll see if it sells first. Probably not to me though.
Brian Young shoots all aspects of the built environment for a range of clients throughout Northern England and the Borders.