Easter is over - LOCKDOWN Week 4

And....yet another week passes in isolation. I took a quick selfie to mark the occasion: 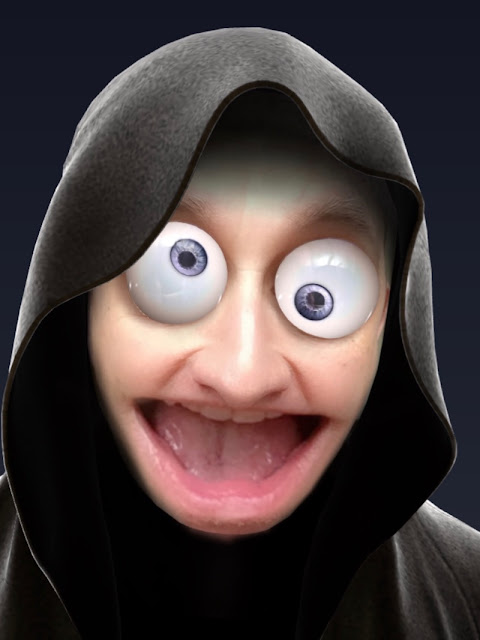 The easter holiday fortnight was a breeze due to the absence of the home-education requirements, but now it's back to the process of trying to prevent the premature atrophy of two children's brains by maintaining a degree of routine in-between their sole objectives of watching some grown man screaming at kid's video games, and the actual participation in the aforementioned video games. Kids of all ages (except those ones with middle class parents who have loads of books that they'll never read in an attempt to make themselves appear morally superior to the rest of us) are entirely immersed in this stuff - basically some American bloke in their late 20's or early 30's playing Fortnite/Minecraft/Roblox like a 12 year old, and shouting all the way through it. It's the equivalent of some fat old Charva woman screaming through an episode of Coronation Street for the benefit of fat old Charva women watching episodes of Coronation Street.  Here's one of the twats I'm talking about:

It's been quite a constructive week overall, with my main achievement being the successful re-population of my blog entries after some editing, compiling, and culling of the hundreds of posts previously held on my old 3PS Wordpress blog. It was actually quite an enlightening process - looking back on my progress in the industry over 15 years. I quite miss the variety of the old press days, but certainly don't miss the absolute grind of the 20 hour sessions spent in the old studio, banging out pictures of jumpers and jackets relentlessly in the hottest and coldest environment for years, only to be sacked off one morning via a quick email. Coronavirus is actually the fifth career-extinction event I've faced now, so it doesn't make me lose any sleep anymore. Doing the same job from leaving school to retirement would be purgatory as far as I'm concerned, and there's virtually no security in any single job anymore. As Brad Pitt says in World War Z:

I'm working on some recent shoot posts which involve some spectacular holiday lets in Northumberland, so will get these live in the next few days hopefully. Until then, stay safe, and stay positive.