Being a doley loser is finally beginning to take its toll on me. Almost everybody I know is still gainfully employed in some capacity - either working from home on full pay, or furloughed on 80% of pay with nothing to do except drink alcohol, enjoy unlimited snacks, and enjoy box-set binges on some streaming service while saving thousands due to not having to spend money elsewhere. Admittedly, it's a microscopic section of the population, but it brings my personal situation into sharp focus during the time I'd normally be out there, seven days a week - filling up the coffers for the financial drought I always face between November and March each year. There has now been zero income since the end of February, and I'm expecting this to continue realistically into the late summer period given the inevitable physical distancing measures that will be enforced upon the easing of restrictions in the future. As a family of four, we're currently surviving on a single teaching-assistant wage plus child benefit, and for the time being it's a JAM situation as long as we cut all costs to the bone. My weekly Aldi visit is a lifesaver, with a strictly planned £50-£60 shopping list made with military precision. The list is created with the one-way direction system in mind, and allows for no deviation. I've adopted an OMAD regime (one meal a day), which keeps costs, and my diabetic blood sugar down to acceptable levels. I do up this to two meals at the weekend, as my energy levels can dip considerably by Friday. It's actually quite a nice way of eating, as you wake up starving, but don't get hungry at all during the daytime. Tina regards it as some sort of extreme eating disorder, but it's a great way of keeping my condition at bay. There are also virtually  no treats for this doley loser for the time being. 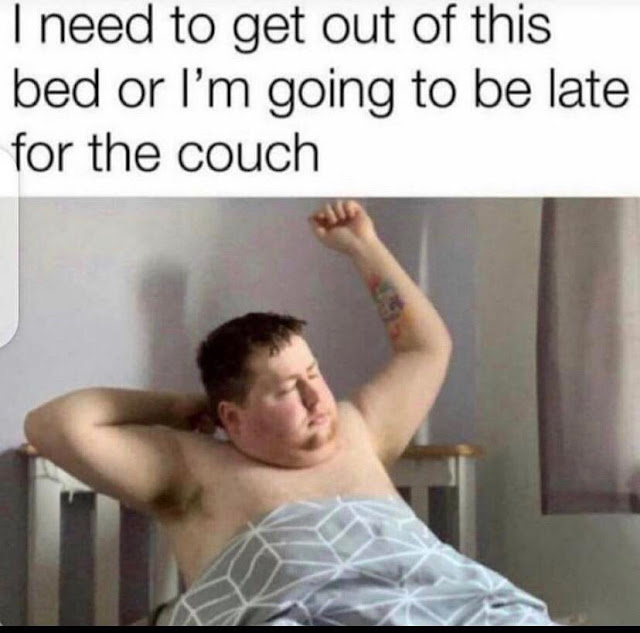 The education-support at home (I'm binning the term "home-schooling") began again at the start of the week, and it soon turned into the familiar ridiculousness - Tina trying to complete bullshit project-work set by her line manager while sitting at the dining room table, our 12 year old girl completing her allocated secondary school work by 10am, then expecting to spend the entire day pissing about on her mobile phone, and an indolent primary school nine year old boy going into complete lockdown at anything except some sort of video game or playing in the garden. I'm not a teacher, and we're not in school, so common sense would normally dictate that one shouldn't be too hard on oneself, but the reality of the inner-turmoil of trying to maintain some sort of learning routine is crushing. My wife has to head into school next week to supervise the handful of troubled kids who have been ordered back in due to the fact that their parents are abusive, feckless fuckwits, and I'm going to be solely responsible for the continuation of some sort of learning routine for our two nippers. Methinks it may have to be a bit more relaxed than the conflict-laden prior week.


Anyway, in order to alleviate the torture of forcing Key Stage 2 maths onto our Chuckles, I've started getting into pre-preparing meals with him, and using ALL the ingredients in the cupboards and fridge in order to help with the tight home economics. The thick stalks from the broccoli and cauliflower have been thinly sliced and turned into vegetable fritters, excess milk from the nearby dairy farm has been made into hard cheese, and the resultant whey incorporated into the lightest scones imaginable. Old onions have been turned into base gravy for curries, potatoes with green stalks have been turned into part-cooked chips, and piles of chewy pizza bases are ready for use. I'd always been frugal, and waste-conscious, but now it's on a different level as the fridge resembles that of Old Mother Hubbard when she was on the Nat King Cole, and had several blind mice to feed.......or something. It's actually a lovely feeling producing things from waste products


The weekend brought some respite, and a more relaxed feel - we did a virtual pub quiz thing last night, which lasted about 3 hours - 2 of which were seemingly spent asking each other if we could hear or see the various participants. My task for the week ahead is to curate and host the next quiz, which will give me something meaningful to apply myself to. No doubt I'll overthink it all, and create a monumental technical challenge for myself involving a complex audio-visual setup instead of just doing what a normal person would do. Never mind.

My working gear is now all fully retired to my kit cabinet in wonderful order, with batteries removed, lenses cleaned, scuffs attended to, and screws tightened etc. I even hoovered-out and polished my Peli carrying cases, and they look like new. I've also got thousands of interior images to be uploaded to a specialist stock library which supplies editorial imagery to home and lifestyle magazines, and therefore is a potential source of some revenue for the time being. Everyone in my industry except the odd supermarket packshot studio is completely knackered at the moment, so I count myself lucky that my outgoings as a freelancer are minimal. The website, and email domains might have to go in due course, but I can knock up some DIY solution to this, and to be honest, I get absolutely no inbound interest except spam from the main site.(Are websites the Emperor's new clothes perhaps?)

So that's that for now. I'm busy putting together some posts from some of the spectacular properties I've visited over the last few months, and these will start to be posted this coming week. Stay cool!