June 05, 2020
One of the last jobs I completed before this lockdown malarkey, was at the Coble Quays apartments on the waterside in Amble - known as "The friendliest port", and home to a good selection of holiday homes of all sorts.  Mind you, it didn't seem that friendly as I walked to the Coop to get something for tea, as some heroin-withered old skank staggered out of the Queen Street boozer cursing like Popeye - followed by a troglodyte nutcase angrily clutching a bottle of alcopop charva-juice.

This development was built a few years ago, and isn't fully occupied yet. The view from each apartment is spectacular at all times of the year, especially from this one - built for the developer himself, and on this particular March morning the sunshine was casting it's spell on the blue/green sea and coastal stretch to the north. It's a short walk to my own village, and the statuesque Warkworth Castle looked fantastic in the spring light. This was a bigger job than I'd imagined, so had to pull out the stops in order to get finished in time to pick the kids up from school. 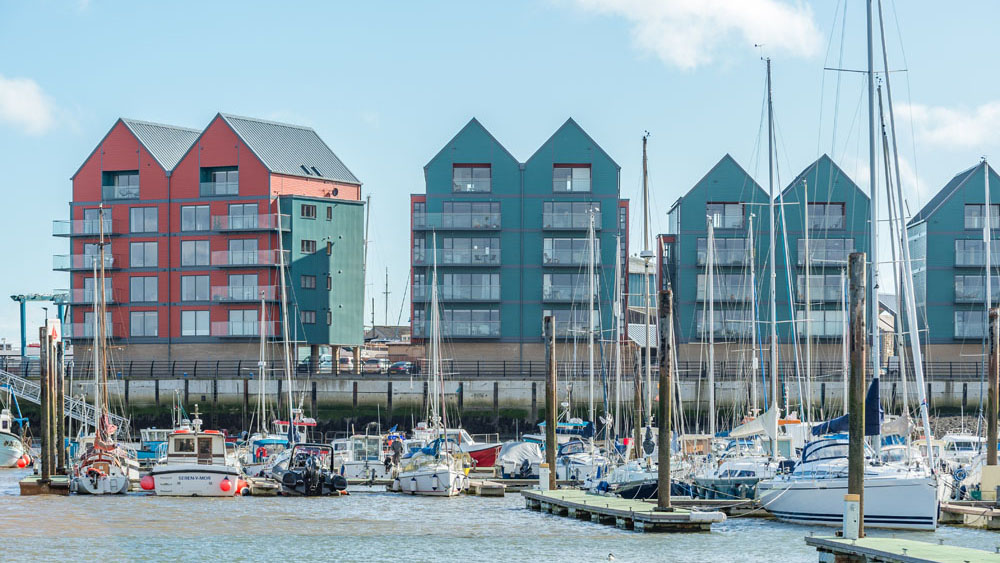 Views from the  extensive, panoramic windows were the first task of the day. the sun was coming in from the south east, and made it easy to expose for the view while firing a bit of fill light into the exterior to balance it a bit. I did about 40 different frames of all windows from all angles - using plants and furniture as foreground framing objects, and using different lenses to compress the views up to my home village. 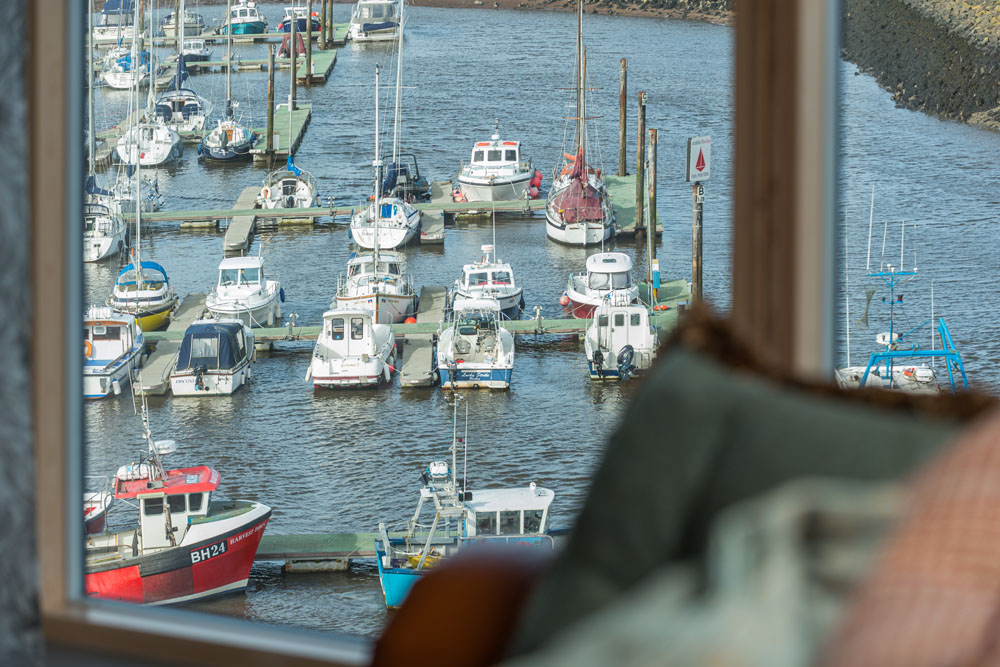 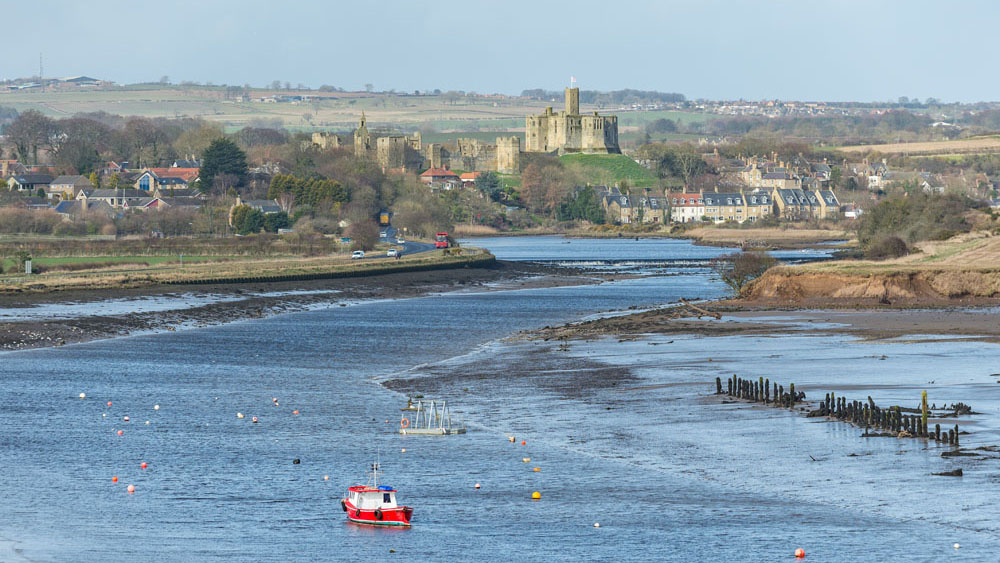 The interiors were all incredibly challenging due to the fact that all the windows, apart from the odd one were facing northwards, and the light was coming from the south. This meant that there was very little natural light anywhere in the apartment, and with an open-plan layout I was forced to rely on artificial illumination throughout the property.  In the hallway, games room, and small bedrooms that was easy enough to do using my usual technique, but in the main living space it became a total nightmare. 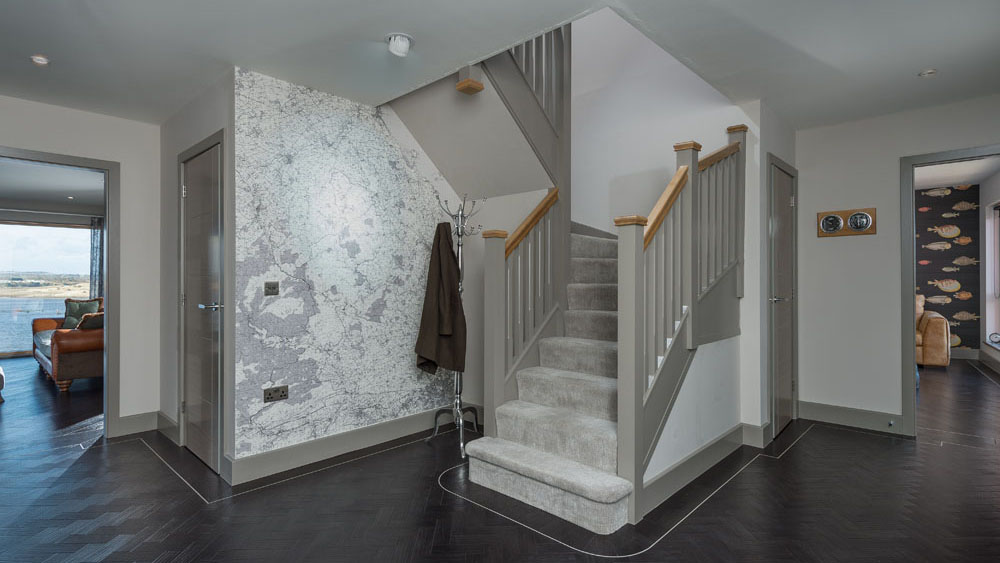 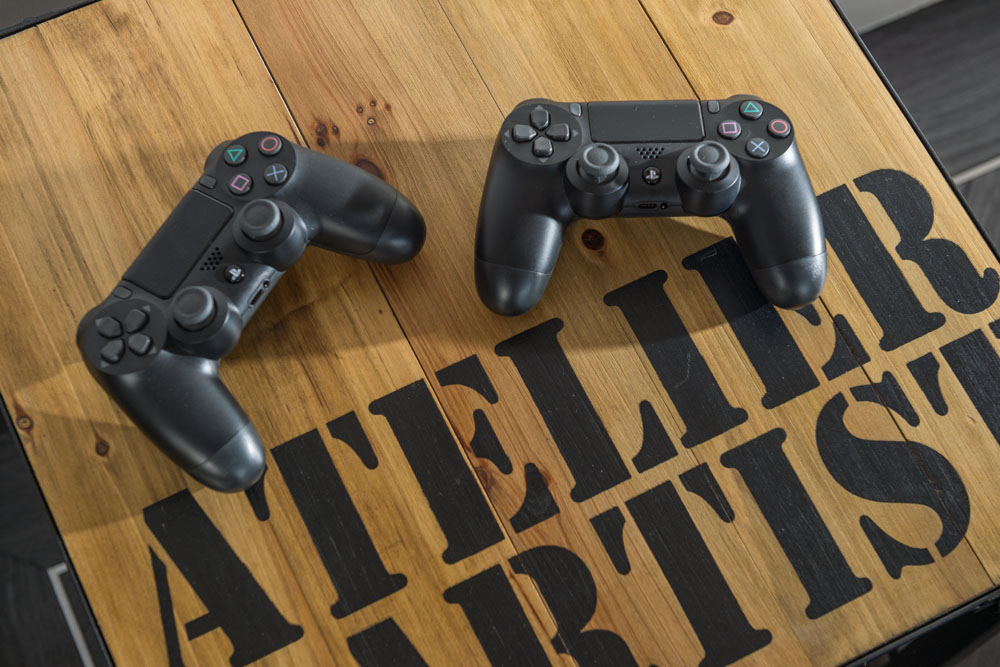 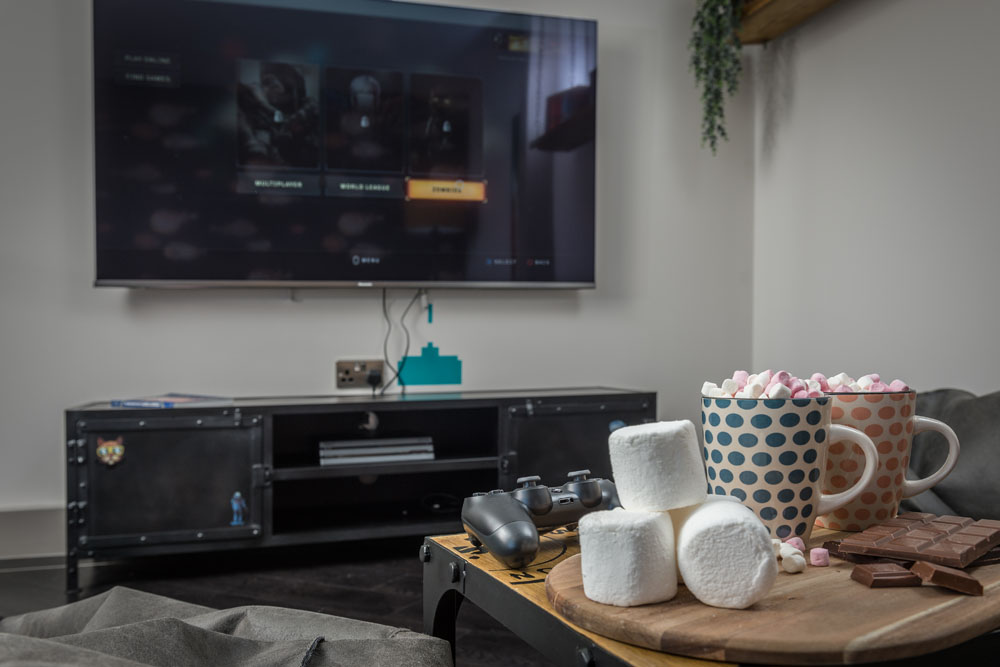 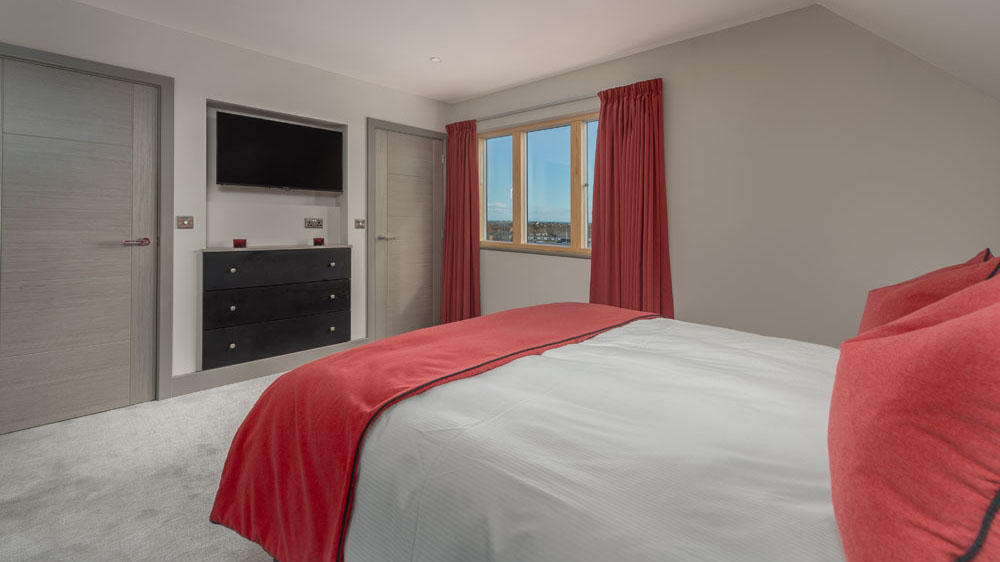 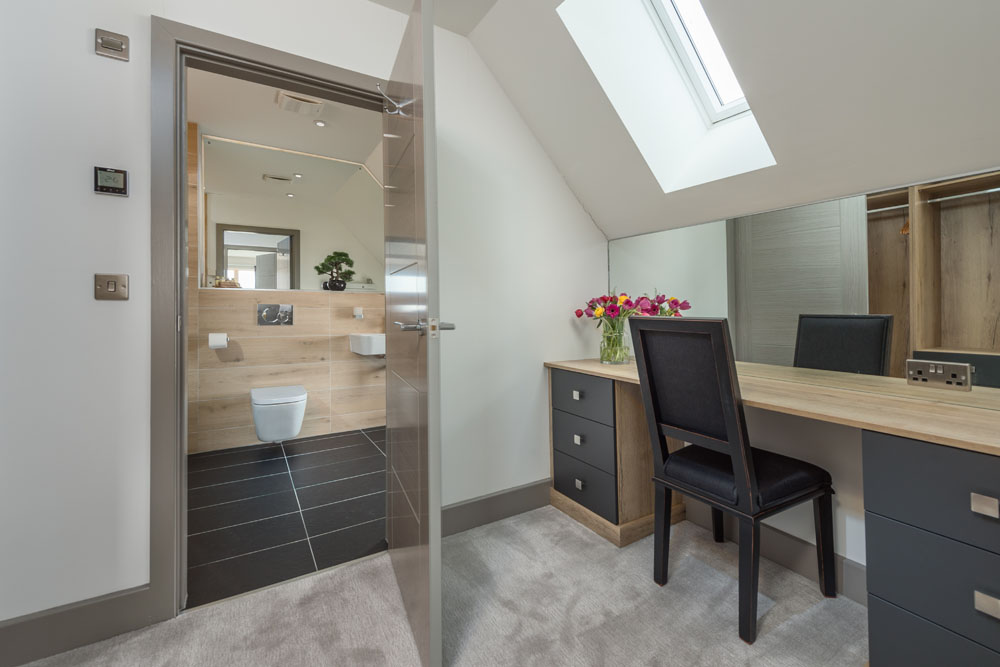 The huge, open plan lounge, diner, & kitchen didn't have much light on them apart from right in front of the window, and there was nowhere to hide flash units. This meant that I had to use the zone system of getting it all lit - that involves focusing on lighting one section of the space at a time, keeping the final result in mind, then moving on to another section until it was all done. The main work is done during the post production process, by compositing the various frames together until it looks nice. At one point I had a strop with myself, scrapped the shots I'd done, and started again from scratch. Using artificial light to do several shots in succession - each requiring about 20 frames is a ball-buster of a task, and it didn't get any more difficult than this one given the amount of vibrant colours in the apartment which needed accurate and consistent rendering. It took almost 3 hours just to get this space sorted. 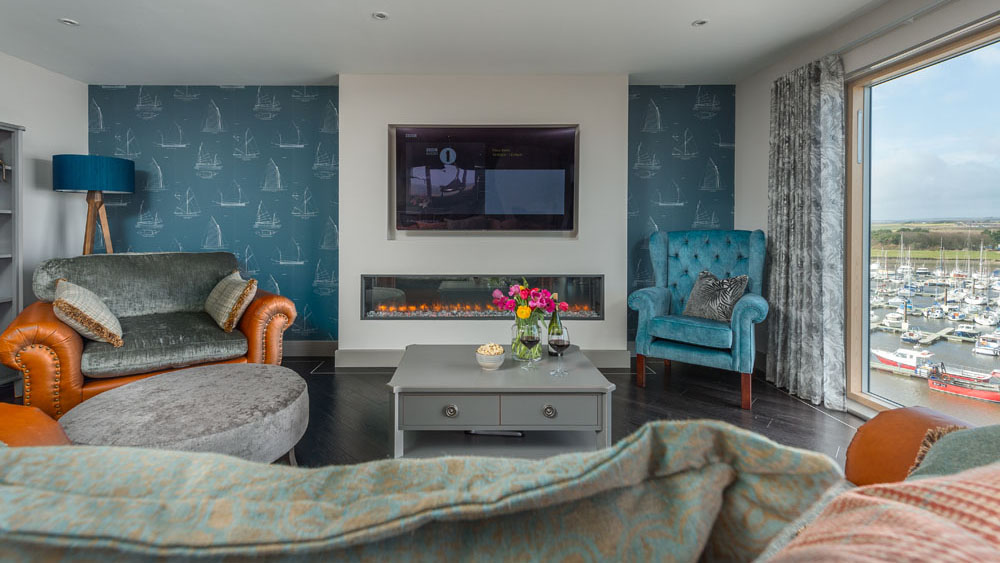 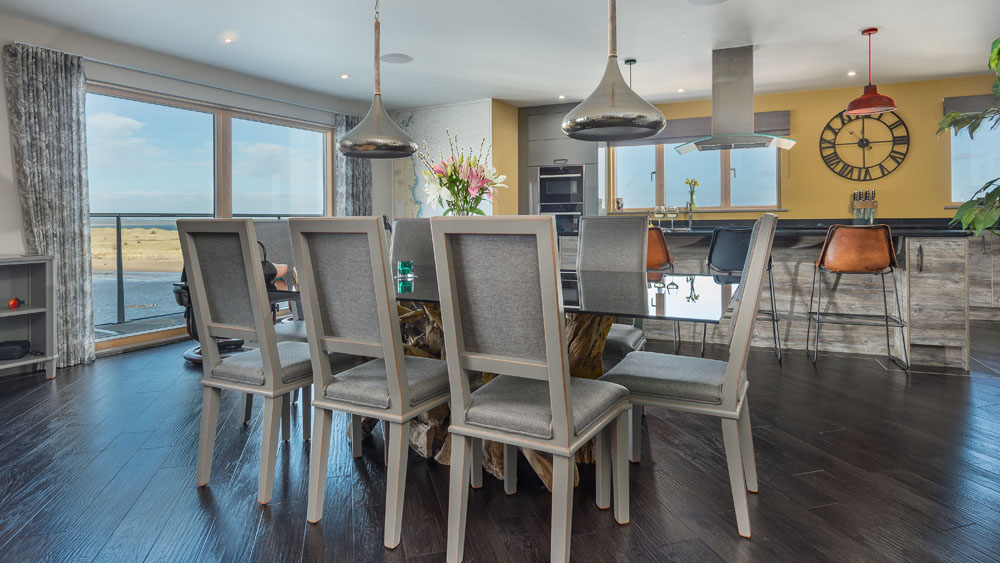 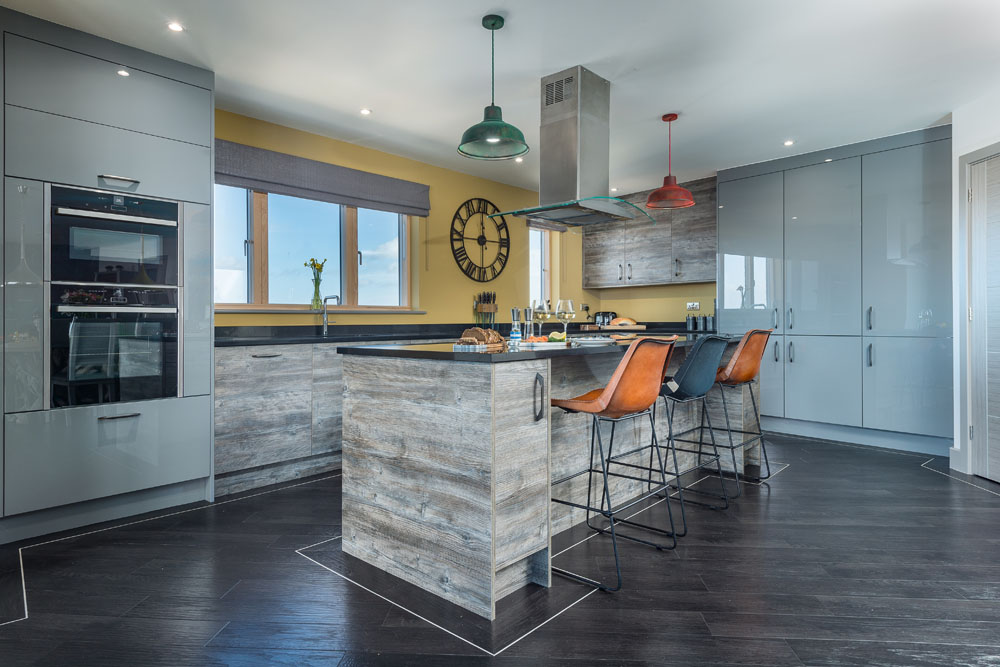 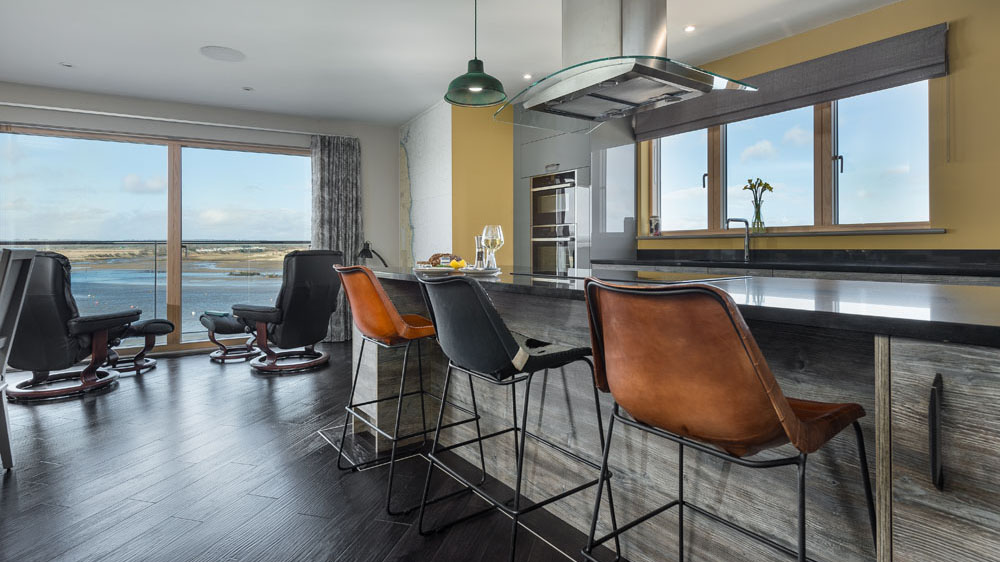 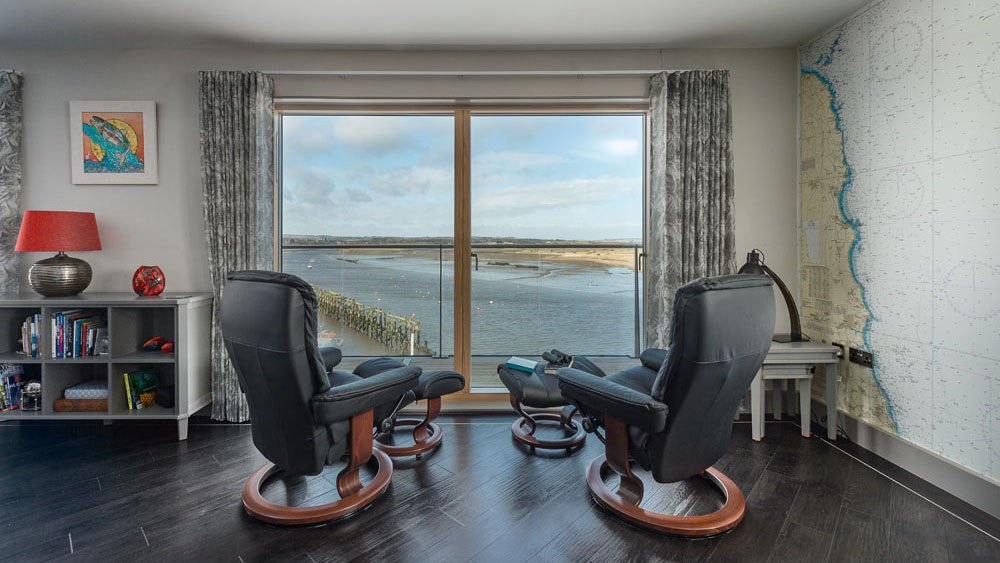 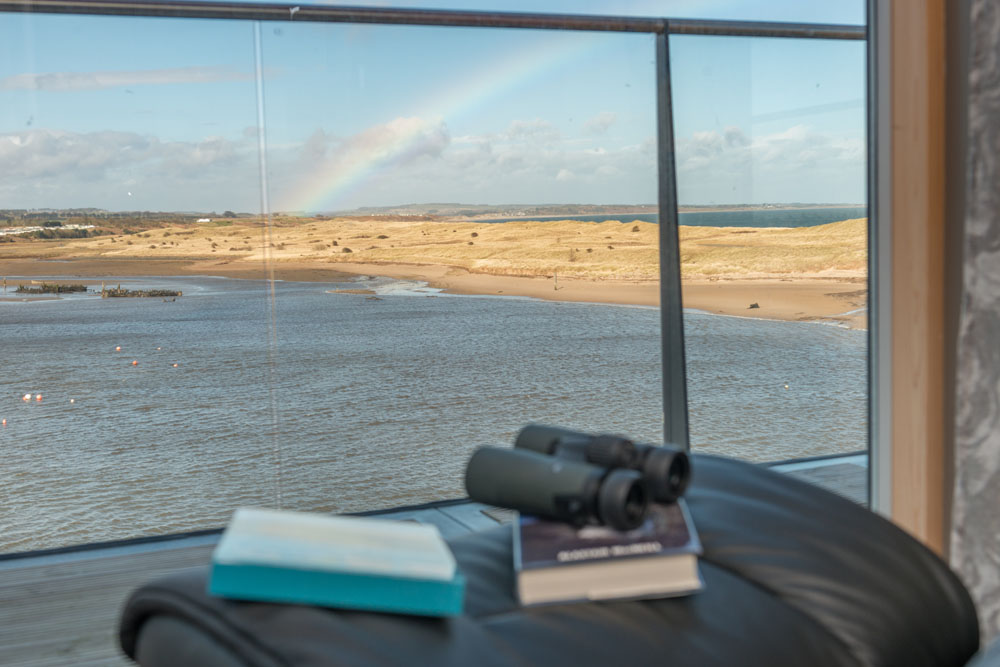 The master bedroom was a min-version of the living space, with low ceilings, an open plan feel, and very little light to work with. The balcony was in complete shadow, so I had to resort to lighting it artificially as well. The sliding doors needed to be closed as there was a gale blowing outside. By the time I'd got to the last couple of shots I was physically and psychologically exhausted. Six hours of intense concentration was taking it's toll, and I still had to pick up the kids, get home, make tea, and start another 5-6 hours of editing the final frames. 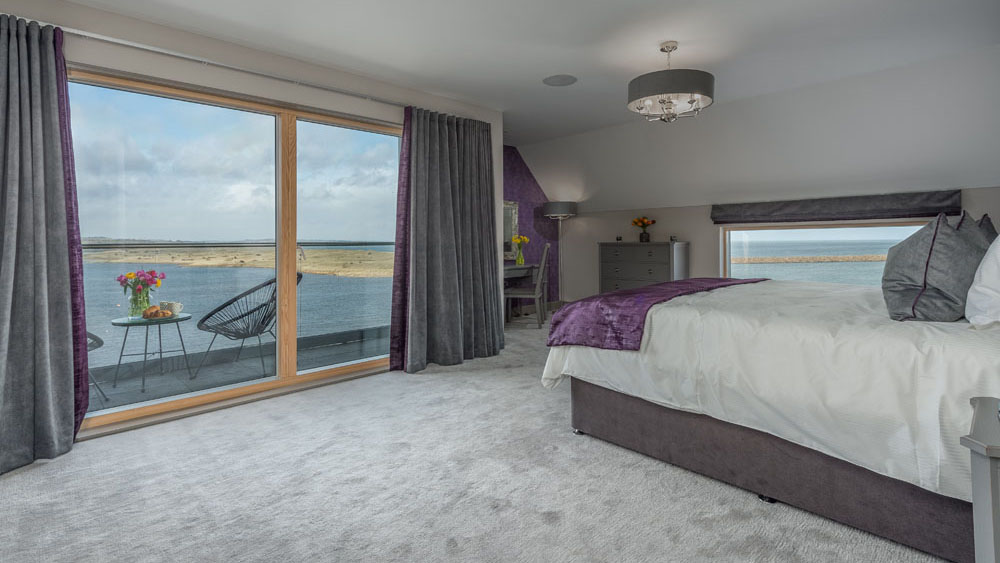 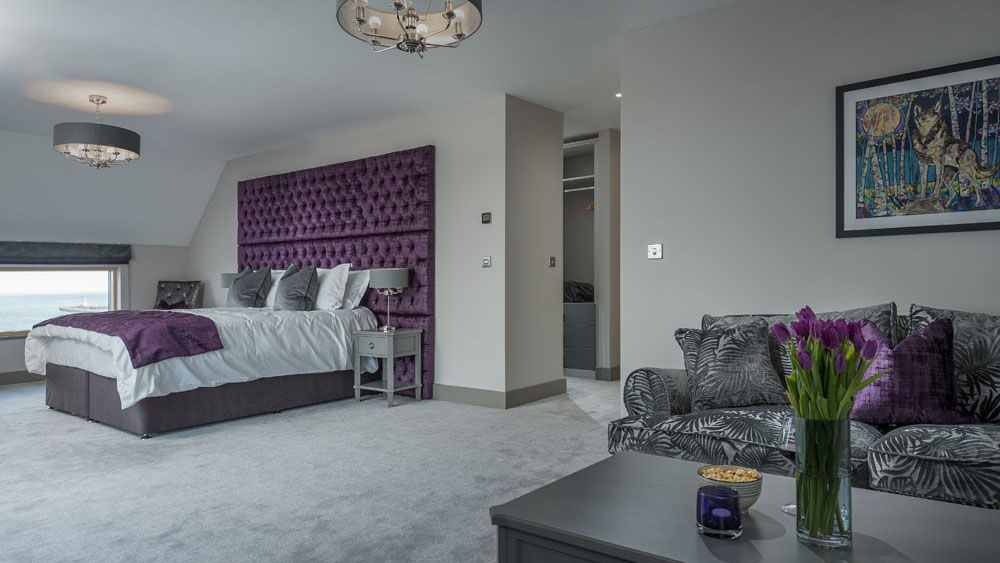 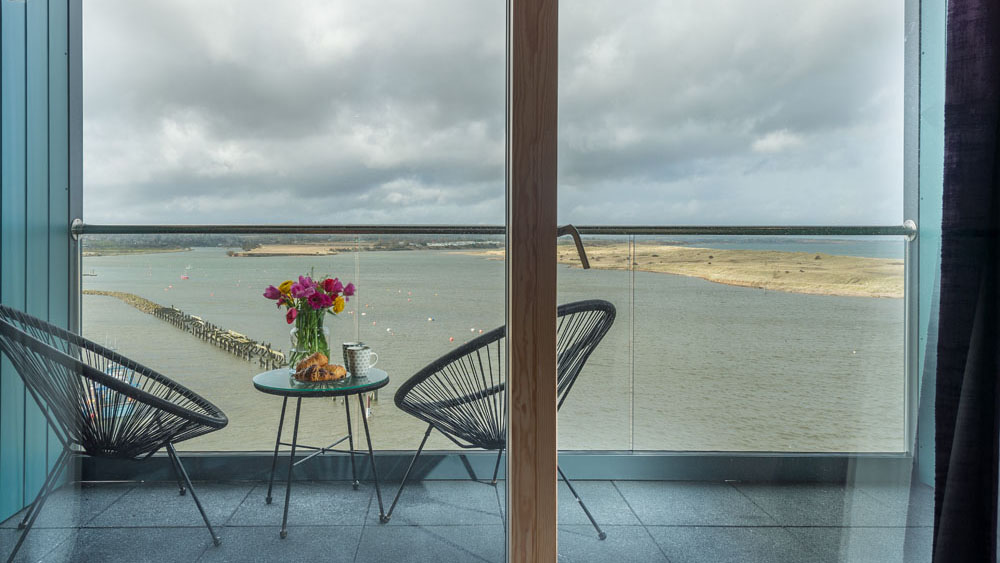 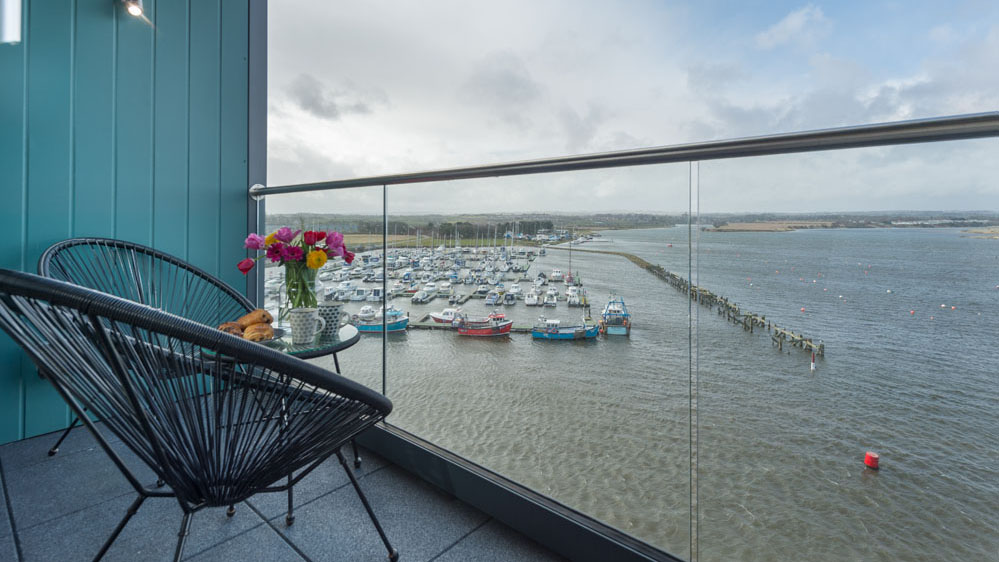 At 1.30am the following morning I completed the images - about 150 of them altogether. Perhaps a bit over the top for a 4 bed apartment, but I'd never want to do an average job just to save time.
The lovely penthouse gaff is now available to rent for holidays with Coquet Cottages