June 11, 2020
In this new working environment, it's important to do my utmost to minimise the risks to everybody involved in the process of photographing building interiors. It's quite clear how this awful virus propagated quickly and extensively in the first place when you look back at how our lives were conducted. In a typical week I'd visit ten to 15 random properties, shake many hands, touch hundreds of light switches and other inanimate objects - including toilet seats, bins, door handles, kitchen implements, towels, mats, toiletries, etc, and then visit cafes, public toilets, shops, and the viral-growing centre of my son's primary school. I would have the opportunity to wash my hands before leaving the house, and maybe once during the day if I was at a service station or whatever. It never crossed my mind that I was constantly being exposed to ultra-microscopic harbingers of misery, and that I may be carrying them myself. I was actually pretty good at ducking the annual wave of seasonal-Flu and Norovirus infections which seemed to fell everybody else around me, because I washed my hands more often than many. I was also fortunate in that I didn't have to share an office space with scores of others who had dragged themselves into work despite being sick and ill - fearful of the consequences of staying at home because of a childless-manager who equates personal success with being a complete arsehole to the staff working in their department. Oh - I've been there many times trust me. 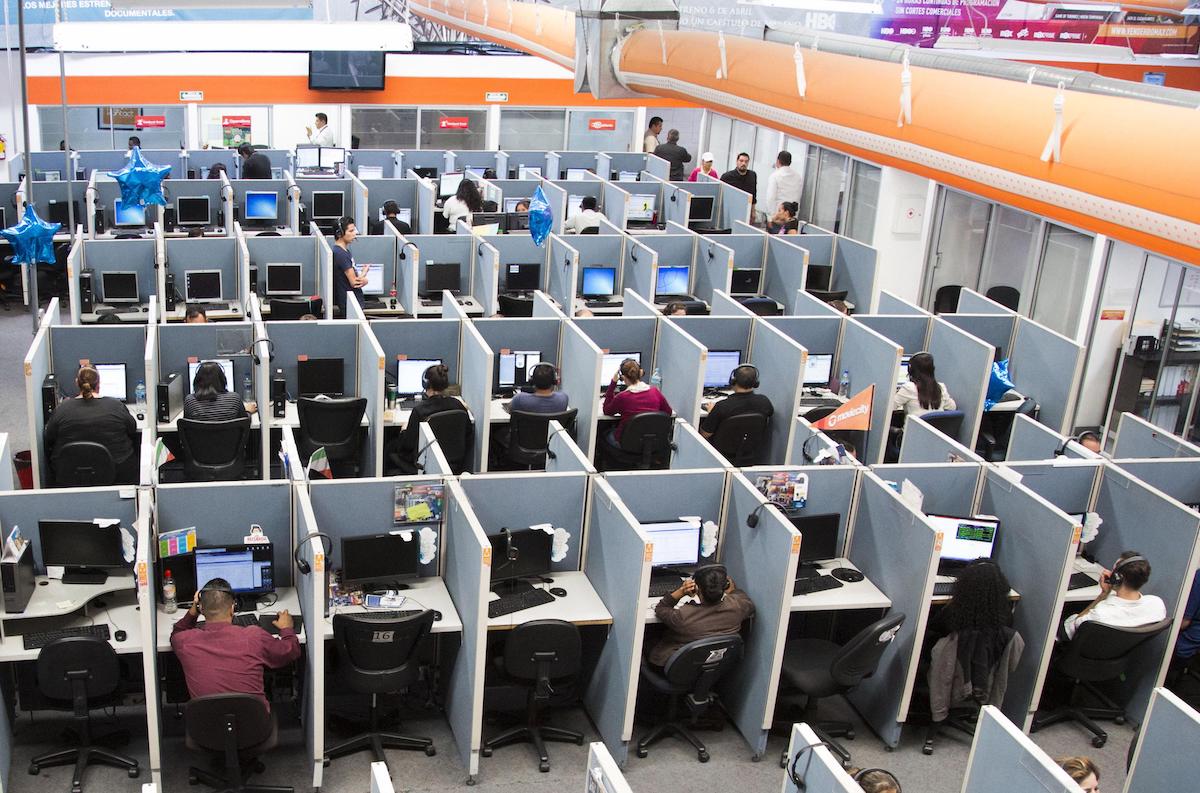 So, after a couple of months of inactivity, it was time to re-engage with the general public, adopting a new set of strict working practices designed to minimise the risks to all parties concerned. Here are my current safeguards:
I wear a completely new set of washed clothes every working day. Previously, my uniform of Chinos or black cargo pants, and a dark blue Gap Oxford shirt was ok for a few days, but I daren't risk bringing infection home, or in-between households.
I shower thoroughly before leaving for work, and immediately upon returning home. No kisses or hugs - just straight into decontamination. To save water, I use the Submariners showering technique - a 20 second  blast of water to get wet, turning the shower off, lathering up, then another 20 seconds of water to rinse off. I use about 3 litres altogether, as opposed to the 80-100 litres or so used by everybody else in this house. The clothes go straight into the wash.
I stick to one residential job per day involving an occupied property. This means that I'm not at great risk of cross-infecting any household. There are jobs involving empty properties that don't involve coming into contact with anyone at all, so they're fine to double-up on.
My car is stocked with surgical face masks, nitrile gloves, and shoe coverings. I also have a 10 litre plastic tank full of a weak bleach solution, hand soap, and paper towels. This means I can scrub up properly before going into anywhere, and after leaving - that goes for supermarkets, petrol stations, as well as residential properties. My watch stays at home. The blue additions make no difference to my own welfare - they're purely to give homeowners a degree of security and protection from infection originating on my person.
When booking a shoot in, the home owner is advised how to get their home ready to photograph so that I don't have to mess about moving furniture, bins, & toiletries etc. When I arrive, I knock on the door, step back, then explain how I'm going to do everything. I don the mask, gloves, and foot coverings, then set up my gear so that there's no messing about inside. the owners can decide to either sit outside until I'm finished, or choose a room to relax in. I'll do that room first so they can sit in there safely for the duration of my visit. 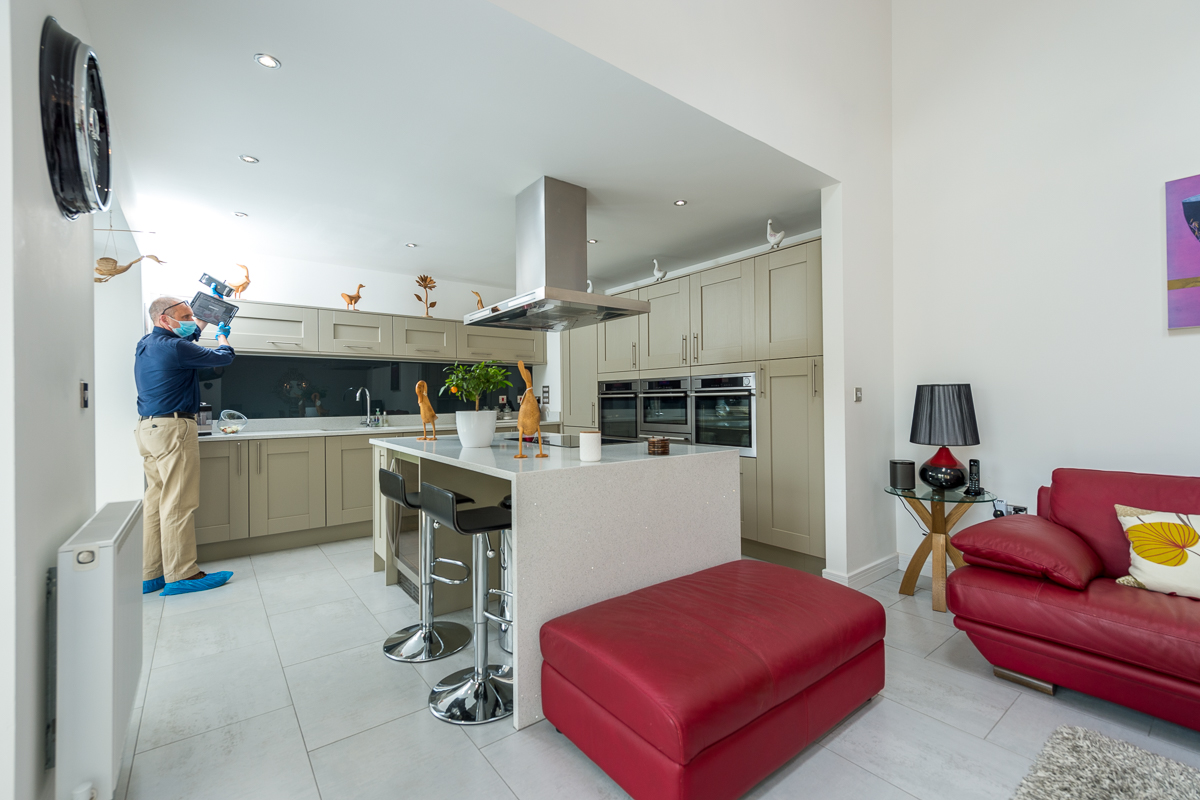 My workflow has been streamlined to perfection for basic residential properties. The shot list varies a little for each property dependent on its size, but it follows a repeated pattern which results in anything between 30 and 50 photos altogether. My technique generally uses 3 separate frames shot in quick succession - one using only natural light to provide depth and texture, a second capture using white flash-light bounced from the ceiling to get the room colours spot on, and to provide even illumination throughout. (big rooms might need two or three of these shots with light pushed into separate areas). Finally a third frame with any room lighting switched on is taken. This is basically repeated in each room, with any difficult areas being dealt with along the way using tricks of the trade. The post production process later in the day is fairly quick, as I've developed actions, javascript routines, and keyboard shortcuts to help speed things up massively. The final files are delivered to the client overnight.
If anything does needs moving, I've got gloves on - and light switches can be operated with my elbow generally.
Even with these precautions, it's clear that the general population has wildly varying views on the danger posed by the effects of Coronavirus. I've been on building developments where the blokes on site couldn't give a damn about physical distancing, and I've been in homes where I've had kids running around. There are also many folk who seem psychologically scarred by the threat of it all - cowering in fear when I walk within 20 feet of them, and it appears that the media and government have unwittingly (?) created a situation in which a lot of society is terrified to even go out of their houses or open their windows. Let me tell you that life is still going on as normal for the poorest, and those with manual jobs. Covid-19 isn't massively widespread, and if you stick to some common-sense rules, and practice good hand-hygiene, you'll most likely be fine. Washing your shopping is frankly ridiculous by the way. Busy pubs, clubs, and places with lots of people in big groups crammed into small spaces may be resigned to history for the time being, but otherwise it's lovely being out here.....honest!
Brian Young shoots all aspects of the built environment for a range of clients throughout Northern England and the Borders.