Fifty six short years ago, on this very date, I was dragged into the world as the offspring of a Jewish-American wife of a US serviceman, and some anonymous Scottish dude who had it off with her on at least one occasion while her husband did his duty on the USAF base near Prestwick airport. Being the mid sixties, the relaxed attitude towards the children of unmarried mothers wasn't as prevalent as it is now, so yours truly was sent packing to an orphanage of sorts before having ownership transferred to my lovely adoptive parents who did their job superbly. I only have one photo of my birth mother - taken in the back yard of the address she was packed off to in Aurora, Colorado shortly after my disgraceful appearance presumably. None of my birth records or subsequent historical details exist from the time, so I can never be sure about the exact details of my ancestral lineage, or birth family details. It's a shame, and instils an insecurity that children with certainty about the roots of their family can never understand.

So - 56 today eh? That's getting very close to 60, which kind of conjures up thoughts of things like having strokes, prostate issues, and leaving stains on furniture when you get up. Because nature has been relatively kind to me in terms of looking younger than I am, it's apparent that my clients have no idea about the extent of my advancing years, and they'd probably drop me like a block of frozen shit if they knew I was a coffin dodger. Better keep that face moisturised.

The current national lockdown conditions seem to have decimated my workload once more, as there's nothing coming in at the moment. I only have one job outstanding, which has been postponed four times now, and I'm having to contemplate applying for the third self employment income support grant before the cutoff day at the end of the month. My income tax and VAT have been paid in full now, so at least I'm not in debt to the government unlike millions of others who have deferred self assessment and VAT payments until this summer.

The outstanding job was supposed to be today, but the heavy snow meant that the vendor couldn't make it to the property to let me in. I was also contacted by a client who wanted the neighbouring attached house cropped out of a 6x4 landscape format shot of a semi-detached property, and provided a shot taken on a phone (in portrait format) to demonstrate what they wanted. I can do many things, but defy the laws of physics.....mmmmmmm.

The post-Covid strangeness continues unabated, with a very strange thing happening. My taste and smell have returned at last, but a few days ago I started feeling a pain in my eyes. I've used reading glasses for about five years now, and anything up to about 18 inches away was blurred without them. One morning, earlier this week, I woke up, went downstairs to make breakfast, sat at the dining table with an iPad to check out the news as usual, and then noticed that everything was sharp - no reading glasses required! It was only later, when I drove our youngest to school, that I realised my long-sight had deteriorated overnight, as if both my eye lenses had sort of flipped when I was sleeping. This might not be related to the old C19, but there's some growing evidence that ocular issues are quite commonplace, with about 20% of people reporting sensitivity, itching, and so on. Notably, the Gollum-like, ex-government golden boy Dominic Cummings initiated the whole anti-lockdown movement by claiming that he took a drive to Barnard Castle while C19-positive because of his eyesight taking a hit. He's a speccie bastard like me now. 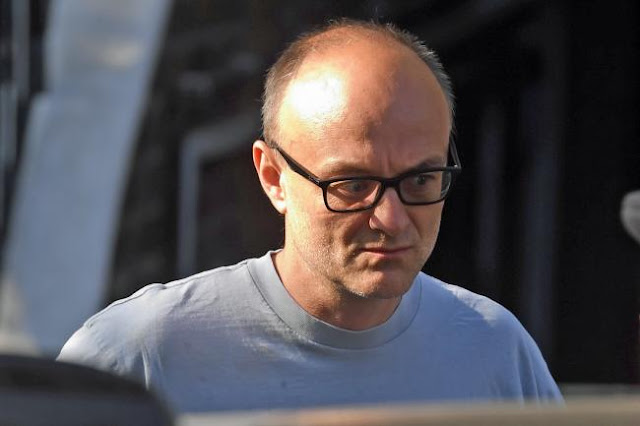 The weekend is free from work, so I'm going to have a lie-in, be served a succession of treats, massages, sexual favours, and audio-visual entertainment (aka getting up while it's still dark, making breakfast for everybody, catering to the needs of everybody else all day, negotiating the peace between a mam who wants to be outside all day, and two children who want to be inside all day, then crashing out in front of shit TV before attempting 6 hours of intermittent-sleep, after which it all begins again.)