The effect of the boost given to the property market from May 2020 onwards has well and truly halted. The start to 2021 has been the quietest period since I started doing this job, and along with the upcoming end to the stamp duty land tax holiday, it signals a worrying few months ahead in terms of keeping my head above water. I've not seen anything paid since October from my main client, and my reserve of cash put aside for tax is dwindling due to being forced to dip into it for monthly living costs. It seems that everyone else is raking in the money by being in white-collar, administrative jobs, working from home, and saving thousands in transport costs etc, while I continue to drag myself out to small jobs, spending a fortune on diesel, supporting millionaire estate agents & homeowners, while I live in poverty like a mug. Britain in the 2020's - a nation of tory-voting middle classes sitting safely in warm homes which seem to magically increase in value month on month, being entirely serviced by a new class of ever-replaceable minions known as "key-workers" - clapped for frequently, but compensated poorly, held to ransom by wealthy landlords, and at the beck and call of the overpaid, powerful company bosses who can hire and fire them at will.

Anyway, earlier this week I had the fortune of being able to do something positive for my fellow human beings (for once), and donate some of my antibody-rich blood plasma at the donor centre just up the road from St James' Park in Newcastle. It was a relatively simple process, beginning with a preparation session involving some medical questions, a blood test, vein check, and an explanation about possible side-effects. Each plasma donation is apparently equivalent to two normal blood donations in terms of bodily effects, and it involves the drawing of whole blood from the arm, its subsequent separation into 3 parts (plasma, white cells, and red cells), and the reintroduction of the red cells back into the body. You're sat on a big blue chair, rigged up to the machine with a geet big needle in your arm, and monitored throughout by nurses who look after you throughout the process. My machine seemed to be sounding an alarm every thirty seconds or so - unlike everyone else's, and needed to be constantly monitored - unlike everyone else's, so eventually, one of the senior nurses came to have a look at what was causing the alarm. It happened to be a pressure on an intake valve caused by the canular being inserted a bit too far into my arm, so they decided to pull it out a cm or so with only 3 minutes of the process to go. For some reason, my central nervous system went into a bit of a nosedive during the procedure, and without warning, my pupils dilated, my head went light, and I began the journey into unconsciousness after expressing that I felt strange. In less than a second, the nurses surrounded my chair, flipped it up so that my legs were in the air, put an ice pack behind my neck, and blasted a cold air source at my face. This immediately arrested the urge to faint, and my session completed successfully - resulting in a 550ml bag of pee-coloured liquid known as convalescent plasma which will hopefully go to being a tool to help one of the very sick Covid patients in hospital to recover along with their other treatments. A five minute sit-down, a bag of crips, and a cup of coffee speeded my return to normality, and I headed home with the car windows down. It's a gig that I'll repeat every 3 weeks or so - and I'm hoping to get my ultimate 10-session badge in due course. It may not be required as the vaccine rollout gradually reduces cases, but it's nice to know that I can do my bit. 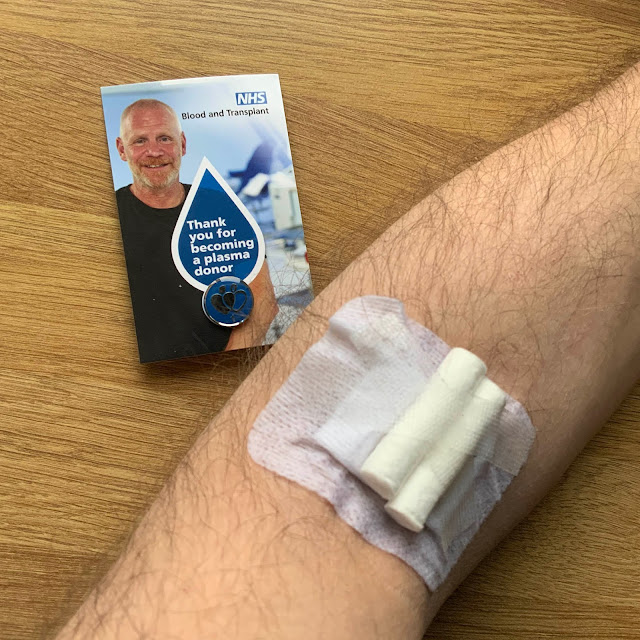 The closing date for the third self employment income support grant passed recently, and I decided not to make a claim on this occasion. The criteria for eligibility were quite specific, and unfortunately didn't include clients not paying me anything for 4 months. The fact that I have been working unpaid, but issuing invoices, and thus generating profit on paper, means that I don't get any help from anyone. Ironically, I still have to pay tax on the profit I haven't seen, which is annoying. To cover my monthly overheads - which have to be paid like mafia-style debts - I've now been forced to sell equipment that I don't use regularly. My beloved Fuji X100s had to go, along with the refurbished Nikon 24-70mm lens which I had to replace at great cost a few months ago. The funds barely scratched the surface of my outstanding invoices, but kept the wolves from the door for another few weeks. 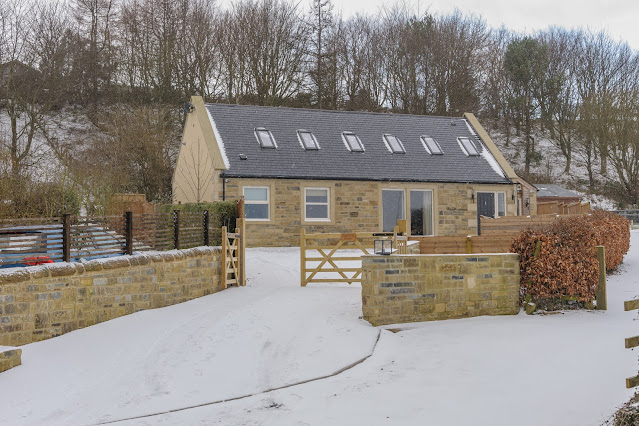 The snow has largely put a hold on any meaningful work this week. I've had a partially-finished holiday let to do in the wilds of north Northumberland, and a couple of residential jobs in empty properties, but nothing much else. A tortuous one hour journey to school on Tuesday to drop my youngest off, was rewarded with firmly closed doors, and a corresponding journey home equally as tortuous. We did have a lovely hour of sledging on the nearby slopes near the river Coquet to lighten things a bit however. Next week is looking busier, and the half term holidays will provide some relief from the necessity of the school drop-off & pick-up routines which define the possible length of my working day. 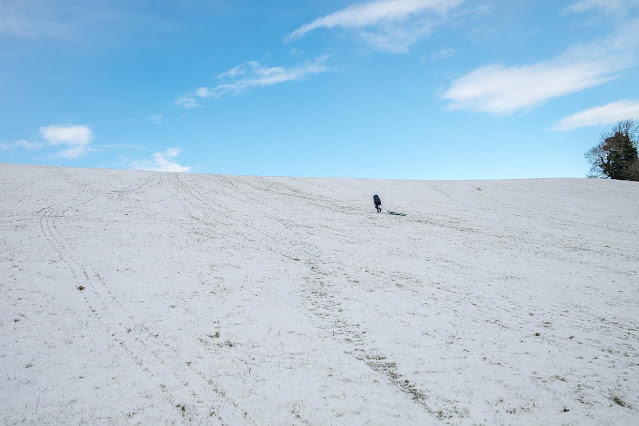 So that's that once again - keep on keepin' on, and I'll update this old shite in due course.
Brian Young shoots all aspects of the built environment for a range of clients throughout Northern England and the Borders.